Ahmed Ellahi has spread hatred of Jews and Israel and made homophobic comments on social media. In 2015, Ellahi represented himself as a student activist with Students for Justice in Palestine (SJP) at the University of Texas, at Arlington (UT Arlington).

As of January 21, 2018, Ellahi’s LinkedIn said he was a Marketing Manager with Heart & Sleep Clinics of America, in Arlington, Texas.

Ellahi graduated from UT Arlington in 2017 with a B.A. in Business Administration and Management.

Per his LinkedIn on January 21, 2018, Ellahi remained a member of the Kappa Sigma fraternity, which he joined in 2015.

On October 4, 2014, Ellahi tweeted: "I'd gladly switch lives with borgore, except the being jewish part lol."

On June 10, 2014, Ellahi tweeted: "Apple are such Jews with their iCloud storage

On December 24, 2012, Ellahi tweeted: "‘@Borgore: what are Jews supposed to eat in LA for the next two days? Nothing is open America.’ Go eat some money."

On May 29, 2012, Ellahi tweeted: "Be like Mario. He's an Italian plumber, created by Japanese, speaks English, looks Mexican, jumps like a black man, & grabs coins like a JEW."

On May 24, 2012, Ellahi expressed his disdain for Jews, tweeting: "Set Fire to the jews." The tweet capitalized on the popularity of a song “Set Fire to The Rain," by the artist Adele. Ellahi’s tweet featured a modified portrait of Adele — with her face overlaid by an image of Hitler — and a caption that read: “ADELEF HITLER."

After Canary Mission first published Ellahi’s profile in February of 2017, along with profiles of other UT Arlington students who spread anti-Jewish social media postings, SJP UT Arlington stated on Facebook: "... Sjp has never had any members make any anti-Semitic statements, and if found any that did we would terminate their membership immediately."

Canary Mission’s evidence that Ellahi was an active member of SJP UT Arlington is extensive. On February 20, 2015, Ellahi, claimed to be a representative of SJP UT Arlington, tweeting: "Reppin #SJP today," along with a photo of the back and front of a SJP Arlington T-Shirt. Ellahi then tweeted “S/o to @the_commISHoner for the shirt!"

Canary Mission investigated anti-Semitism at UT Arlington — and discovered social media postings by UT students that were replete with hatred of Jews, praise for Hitler, threats of violence against Jews and calls for another Holocaust. Anti-Semitic postings came from members of student activist groups, like UT Arlington’s SJP and MSA chapters and from UT Arlington students who had no official group affiliation. Examples of such social media posts are set forth below:

On July 2, 2014, SJP and MSA UT Arlington member, Heba Asi — who is a cousin of an operative for Palestinian Islamic Jihad (PIJ), Mohammed Assi — attacked visibly Orthodox Jews, tweeting: "It's not the Israeli soldier that are doing all the kidnapping it's the rabis [sic] and the Jews in pig tails lol." Asi then added: “@heyitstam_ yeah. Lol but I call them Abraham Lincoln with pigs tails on their heads lol." She continued: “@heyitstam_ haha I can't deal with how ugly they are

" Asi ended with: “@heyitstam_ I hope they all burn in hell."

On August 12, 2014, Asi tweeted: "@saddoof we always go on air canada or luftansa its not bad but the yahood [Jews] make it disgusting."

Earlier that day, Asi had tweeted: "@FerociousFeras lol maybe i hate them because everytime ive been on one it was to and from palestine so it was full of yahood [Jews]."

On February 23, 2013, Asi tweeted: "@Dino94 hahaha calling a palestinian a Jew is like calling a black person the N word!"

On November 19, 2014, Ahmad Hajmahmoud — an SJP and MSA UT Arlington member who slaughters and dismembers small animals — tweeted: "Falasteen ibladnah! O el yahood eklabnah! [Palestine is our land and the Jews are our dogs]."

On January 1, 2014, Aboukar tweeted: "im pretty sure jews have always been hated by everyone ever.

On November 14, 2012, Aboukar tweeted: "The world would be soooo much better without jews man."

On July 26, 2014, Aboukar tweeted: "@CullenCody all the major corporations that run the US are owned by Jewish people. How do you not know this?"

On July 13, 2014, Aboukar tweeted: "Jews vs nazi. And I bet the Zionist have this game rigged to where the Jews win."

On May 14, 2013, Mariam Ghanem — an SJP UT Arlington student activist — tweeted: "@hadoolehh93 Yeah well if something I attempted you best BELIEVE Mariam will f**k a yahoodi [Jew] up! Including the ones ‘not involved’.

On the same day, Ghanem tweeted: "@hadoolehh93 like this yahoodi [Jew] in my class that sits next to me! Wallah baferjik ya hmar [I swear I'll show you, you donkey]!!"

On June 22, 2013, Ghanem tweeted: "@HeyThereSuzi: Can he plz sing falesteen ibladna wal yahood ichlabna [Palestine is our land and the Jews are our dogs]."

On July 30, 2014, SJP and MSA UT Arlington member and the cousin of an operative for Palestinian Islamic Jihad (PIJ) Mohammed Assi — Heba Asi — tweeted: "I'm all for the destruction of the Zionist state Israel and 100% pro hamas."

On July 31, 2014, Asi tweeted: "Any one who isn't pro hamas has either never been to Palestine, uneducated, or a Zionist."

On March 19, 2015, Asi tweeted: "‘@netanyahu: Every family, soldier, citizen, Jewish or not are important to me!We will form a strong government to work for them.’ #OkHitler."

On May 16, 2012, Asi tweeted: "Theres a holocaust happening in palestine and other middle eastern countrys and i dont see anyone feeling sypathetic about it[sic]."

On May 24, 2013, Asi tweeted: "The only difference from the holocaust is that they have identification cards not tatoos."

On May 16, 2012, Asi tweeted: "@LittleLulu21 lol yeah everytime i hear about how sad the holocaust i freak because in palestine its [sic] way worse than the holocaust."

On July 7, 2014, Mariam Ghanem — an SJP UT Arlington student activist — tweeted: "As ironic as it sounds, Israeli Zionists treat Palestinians (regardless of religion) the same way the Nazis treated Jews in Germany #PT."

On July 2, 2014, Ghanem tweeted a cartoon of a Nazi soldier next to a Jewish child in concentration camp and an Israeli soldier standing next to a Palestinian child with the caption "Same s**t different people." Ghanem commented: “@hanansalemxo: Just let this sink in. #FreePalestine"

On July 3, 2015, SJP and MSA UT Arlington member, Heba Asi — tweeted: "Israel is mad they haven't been able to wipe out GazaStrip like they did the other occupied lands. Stop the genocide or stop playing victim."

On August 21, 2014, Ahmad Hajmahmoud — an SJP and MSA UT Arlington member who also slaughters and dismembers animals — tweeted a photo of an Israeli flag fixed to the end of a mop handle, cleaning a floor. Hajmahmoud wrote: "My brother accidentally peed on the floor

On July 12, 2014, Hajmahmoud tweeted: "#FreePalestine from the terrorist Zionist."

On August 5, 2014, Ismail Said Aboukar — an SJP and MSA UT Arlington member — tweeted a doctored photo of two smiling female Israeli soldiers purportedly holding signs that read: "We kill children." The original image of the soldiers signs had no text and the soldiers were holding Israeli flags.

On July 23, 2014, Mariam Ghanem — an SJP UT Arlington student activist — m tweeted a cartoon depicting an Israeli soldier holding a Palestinian baby upside down by one leg, aiming a gun at him.

On July 3, 2015, commenting on a tweet that read:"Jerusalem is one of the oldest cities in the world— it has been destroyed twice, besieged 23 times, and attacked 52 times." Ghanem tweeted: "All thanks to those damned Israeli Zionist."

On June 23, 2016, Ghanem tweeted: "I think it's so funny when Israelis try and justify the existence of ‘Israel’. FYI, it doesn't exist.

On March 19, 2015, SJP and MSA UT Arlington member, Heba Asi promoted a protest opposing former Israeli President Shimon Peres. She tweeted: "Everyone please come out and support those who have been terrorized and murdered by the state of Israel and this man."

On July 2, 2014, Asi tweeted: "Israel kills anyone who isn't Jewish. So Christians and Muslims are being harmed by Israel."

On November 14, 2012, Asi tweeted: "I love how the US is pretty much Israel's dogs. Whenever the Zionist say jump, the US jumps like cowards."

On April 20, 2015, Ahmad Hajmahmoud — an SJP and MSA UT Arlington member who slaughters and dismembers small animals — tweeted a photo of himself posing with an assault rifle next to a picture of the Golden Dome in Jerusalem.

On April 27, 2015, Hajmahmoud tweeted an image of tattooed arms — with an assault

rifle on one arm and the Palestinian flag on the other. He commented with the emoji’s: “

On May 26, 2015, Hajmahmoud tweeted: "Inshallah they open the borders to palestine so the arabs can raid israel.. Ya rab."

SJP and MSA UT Arlington - Denying and Calling for Another Holocaust

On May 16, 2012, SJP and MSA UT Arlington member, Heba Asi — tweeted: "I honestly dont feel that sypathetic about the holocaust..#SorryNotSorry."

On July 10, 2014, Tareq Abdallah — UT Arlington student and BDS activist — tweeted: "I swear if I Jew gets within 5 feet from me at the protest and says a word, straight murder."

On July 4, 2014, Abdallah tweeted: "Hitler is considered palestinian in my books."

On August 28, 2014, Abdallah tweeted: "If you could witness any historical moment, which one would it be? — Holocaust."

On October 28, 2012, Abdallah tweeted: "#ToMyFutureSon dont be cheap its a sign ur turning into a jew."

On July 18, 2014, Barakat tweeted: "‘@kaseeslagle: I swear MiddleEast is gonna be the reason for World War 3.’ Its the damn jews man #FreePalestine." 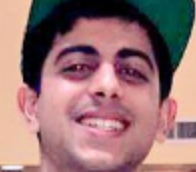