Esther Tsvayg has expressed support for terrorists and spread hatred of Israel on social media. Tsvayg is a member of Jewish Voice for Peace (JVP) at Stanford University (Stanford) and an affiliate of Students for Justice in Palestine (SJP).

Tsvayg has participated in the #returnthebirthright initiative launched by JVP against the Birthright Jewish heritage tour.

As of April 2018, Tsvayg was a student at Stanford, majoring in Anthropology.

On May 17, 2017, Tsvayg participated in a Stanford SJP event called “Join Students for Justice in Palestine in the #Saltwater Challenge." The event was created to support Palestinian inmates hunger-striking in Israeli prisons.

The “Saltwater Challenge" was held in solidarity with Palestinian inmates hunger-striking in Israeli prisons.

The strike was initiated by Marwan Barghouti, who was serving five consecutive life sentences for his role in suicide bombings and shooting attacks that killed five Israelis during the second intifada. Barghouti led the Palestinian Authority (PA) terrorist Tanzim force and founded the Al-Aqsa Martyrs Brigades.

Barghouti also financed the guitar-case bomb used in the Sbarro Cafe massacre, where 15 civilians were killed and 130 injured. More than 1,000 other Palestinian prisoners participated in the hunger strike — most of whom were also convicted for acts of terrorism.
The “Saltwater Challenge" was started by Aarab Barghouti, the son of Marwan Barghouti.
Tsvayg also indicated that she “went" to a Stanford SJP-hosted event featuring Aarab Barghouthi on the “Palestinian Dignity Hunger Strike."
The phrase “Dignity Strike" referred to the hunger strike initiated on April 16, 2017, by Marwan Barghouti.

On December 6, 2017, Tsvayg retweeted a tweet that said: “it’s a good day to remember that Israel has always been a settler colonial apartheid state that denies Palestinian people their democratic and human rights, upholding ethnic genocide that is funded mercilessly in billions by the West."

On December 4, 2017, Tsvayg retweeted a tweet by JVP depicting a series of maps purporting to show the “Palestinian loss of land 1946-present" with the caption: “.@MSNBC shows Palestinian land loss to Israel from 1946 to present day. #Shoutout2MSNBC for the courage to do this."

The “Map That Lies" is a propaganda poster that presents lands once controlled by Britain, Egypt and Jordan as autonomous “Palestinian land" purportedly stolen by Israel.

In February 2016, publisher McGraw-Hill Education recalled copies of a college level textbook that contained the fraudulent maps. In October 2015, the United States cable news network MSNBC apologized for airing a similar series of maps and retracted them.

On December 3, 2017, Tsvayg participated in a “Return the Birthright" protest outside the Taglit-Birthright offices in New York City, where JVP members assembled to chant anti-Birthright slogans.

Tsvayg spoke on a megaphone during the event and said [1:12:30]: “It is important for me to be in solidarity with the victims of white supremacy...if we consent to the settler colonialism of the Israeli nation-state then we are also condoning our class system, anti-blackness, Islamophobia and anti-Semitism."

She continued [1:13:18]: “I reject the Birthright because I reject the forces of colonialism and imperialism that Israel colludes with disguised as a seemingly apolitical exploitation of a Jewish identity…"

On December 4, 2017, JVP activist Emily Wilder posted a photo on Facebook from the protest that featured Tsvayg. Wilder and Tsvayg held a sign that said: “Wherever we live, that’s our homeland."

On the same day, Tsvayg retweeted a JVP statement on the protest.

Tsvayg has indicated on Facebook that she “Went" to a “Summer Skill Share Retreat for Palestine Student Activists," hosted by SJP at the University of California, Riverside (UC Riverside). The retreat took place on July 30-August 2, 2017.
Tsvayg has also indicated on Facebook that she “Went" to Stanford SJP’s Palestine Awareness Week, on April 24-28, 2017. Palestine Awareness Week was formerly known as Israel Apartheid Week (IAW).

SPHR Mac hosted and ran a two-week long “Israel Apartheid Week (IAW)" from March 6 until March 17, 2017.
On March 1, 2017, SPHR Mac tweeted: “Join us from March 6-17 here at McMaster University in our struggle against colonization, militarization and apartheid! #IAWMAC2017."
The tweet featured an IAW promotion video that claimed “to raise awareness for Israel’s settler colonial project and its apartheid policies" [0:19] against Palestinians who are being “targeted and cleansed by the state of Israel" [1:25], an “apartheid regime" [1:31].
Young Communist League (YCL) activist Aparajito Singh, working in tandem with Mac SPHR, created buttons for IAW 2017 featuring the PFLP logo, PFLP terrorist Leila Khaled as well as Ghassan Kanafani, a leading member and spokesperson of the PFLP in its early years.
Kanafani announced the PFLP’s responsibility for the Lod Airport Massacre of May 1972 and was personally linked to the airport attackers. The attack killed 26 people.
SPHR Mac denied Jewish indigeneity to Israel and hosted speakers who accused Jews of “settler colonialism."
On March 16, 2017, Mac SPHR hosted an event, titled “From Intifada to Liberation - Defeating Colonialism & Imperialism." Since the early 2000’s, the term “intifada" has carried the connotation of militant violence. In 2017, violent intifada that erupted two years earlier continued in Israel.
On March 8, 2017, Mac SPHR co-hosted the event “Israeli Apartheid Week: The Lab." The Facebook event page elaborated that: “Since 9/11, the Israeli arms industries are doing bigger business than ever before. Large Israeli companies develop and test the vessels of future warfare, which is then sold worldwide by private Israeli agents, who manipulate a network of Israeli politicians and army commanders, while Israeli theoreticians explain to various foreign countries how to defeat civil and para-military resistance."
Mac SPHR also hosted IAW in 2016.
On February 7, 2016, Mac SPHR advertised for IAW by posting on Facebook photographs that likened Israel to Jim Crow America.
On March 9, 2016, Mac SPHR hosted the event “Apartheid, Live!" as part of IAW.That event showcased a poster that described Gaza as an “open Air Prison" and referred to Israeli defensive operations as “attacks." The poster misleadingly employed raw casualty figures as indicators of moral merit.
The event displayed another poster featuring a graphic composed of a series of maps portraying lands once controlled by Britain, Egypt and Jordan as autonomous “Palestinian land" purportedly stolen by Israel.
In February of 2016, publisher McGraw-Hill Education recalled and destroyed copies of a college level textbook that contained the fraudulent maps. In October 2015, the United States cable news network MSNBC apologized for airing a similar series of maps and retracted them.
The event also featured an installation mischaracterizing Israel’s security fence as an “Apartheid Wall."
On March 14, 2016, Mac SPHR members posted to Facebook an article written by then-SPHR President Yara Shoufani and 2017 SPHR President Lina Assi, who claimed that IAW aimed to raise “awareness about Israel’s ongoing settler-colonial project and apartheid policies… of racial segregation."
On March 1, 2015, Mac SPHR hosted David Sheen during Israel Apartheid Week. Sheen is an anti-Israel propagandist who was banned from the German Parliament in November of 2014. 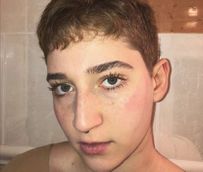