Sylvie Rosenkalt is a 2015 graduate of Oberlin College (Oberlin).

On March 15, 2016, Rosenkalt co-wrote a letter — with fellow SFP members Natalia Shevin, Jacob Firman and others — to the editors of the Oberlin Review in defense of Oberlin professor Joy Karega.

Oberlin placed Karega on administrative leave pending an investigation into anti-Semitic statements she made on social media. Karega has claimed that Israel created ISIS, perpetrated 9/11, and executed the Charlie Hebdo attacks. Oberlin has also posted anti-Semitic conspiracy theories on Facebook.

Rosenkalt and her fellow SFP members acknowledged that Karega singled out the Rothschilds "as masterminds of global capitalism," but also claimed a “chorus of pro-Israel Jewish alumni, outside voices and a few vocal students...monopolized Jewish opinion" on how to relate to Karega’s tenure bid.

Rosenkalt, et al. stated: "We strongly believe that Professor Karega should not be fired nor removed from tenure consideration…We want to call in Professor Karega, whom we greatly admire as a professor and activist…confident that productive dialogue about collective liberation can occur without vitriolic attack or Zionist apologetics."

They went on to accuse those who condemned Karega’s hate speech of "mass defamation," characterized by “implicit and explicit cur- rents [sic.] of anti-Black racism."

On March 10, 2015, SFP members displayed a pile of stones in Oberlin’s Mudd Library to "commemorate" Lina Khattab’s arrest for stone-throwing and participating in an unlawful demonstration.

Khattab was detained on December 13, 2014 and sentenced to six months jail time on February 16, 2015 for throwing rocks, while celebrating the 47th anniversary of the Popular Front for the Liberation of Palestine (PFLP’s) founding.

The PFLP, founded by the godfather of Middle East terrorism George Habash, is designated a terrorist organization by the European Union, Canada, the United States and Israel.

Three weeks before Khattab’s celebration of PFLP’s founding, the group claimed “credit" for the November 18, 2014 Har Nof Massacre — where PFLP operatives murdered six people during morning prayers at a Jerusalem synagogue. Hani Thawbta, a PFLP leader in Gaza, stated that “We declare full responsibility of the PFLP for the execution of this heroic operation…"

According to the SFP Facebook page, the group’s "short-term tactic is to follow the call of Palestinian civil society for Boycott, Divestment, and Sanctions (BDS)." SFP rejects “any compromises short of that as a worthwhile goal" and “are not looking for another peace talk or border proposal. "

On November 11, 2015, SFP member Jacob Ertel — in an article published by the anti-Israel website Mondoweiss — criticized Oberlin’s Board of Trustees for refusing to divest from the companies outlined by a 2013 student senate divestment resolution. In April 2015, Ertel co-wrote with fellow SFP member Kaela Sanborn Hum, on behalf of SFP, to the college’s Investment Office, pushing to implement the resolution.

The SFP proposal to the Investment Office purported to "provide historical context" (p.2-3) for divestment. The proposal began by mischaracterizing Israel’s Operation Protective Edge (OPE) as an “attack." The proposal then compounded its deception, claiming (p.3) “[t]he Israeli government rationalized the attack as retribution against Hamas for rockets fired into civilian Israeli areas and the alleged kidnapping of three Israeli teenagers."

The kidnapping and murder of the Israeli high-schoolers — which the proposal minimized with the word "alleged" and its omission of the fact that Hamas operatives executed the boys — was admitted to by Hamas more than a year before SFP’s proposal.

SFP provided no source for its false claim that Israel "rationalized" OPE as “retribution" for Hamas’ kidnap-murder. Israel implemented OPE to destroy Hamas’ attack tunnels and stop Hamas rocket attacks from Gaza targeting Israeli civilians — that increased dramatically in the weeks prior to the Operation.

The proposal went on to mislabel (p.18) the Anti-Defamation League (ADL) — an organization that aims to "to stop the defamation of the Jewish people and to secure justice and fair treatment to all." — as a “Zionist lobbying group" on campus. In this context, SFP also conjured (p.17) the anti-Semitic notion of the Israel lobby, invoking “the massive amount of resources exhausted by pro-­Israel lobbying groups on campuses across the country in order to influence university trustees, administrators, and student senators."

On September 19, 2014, SFP placed hundreds of black flags on the grass at the Oberlin campus and created a sign that stated, deceptively: "These black flags honor the 2,133 Palestinians murdered by the Israel Defense Force…" The sign propagated a triple lie. It libelously accused the IDF of “murder." The sign also fraudulently blamed all Palestinian deaths during OPE on Israel and promoted dubious Hamas casualty figures as fact. SFP’s display was timed to coincide with the Jewish New Year.

On October 12, 2015, SFP shared a graphic on Facebook promoting an "International Campus Day of Action for Palestine." The flyer stated: “To stand in solidarity one must denounce the ideology of Zionism itself." Zionism is the belief that Jews have the right to self-determination in their own national home, and the right to develop their national culture.

As of June 2016, the SFP Facebook page states: "We will work for the decolonization of Palestinian land, the Right of Return for all Palestinians, and adherence to international law. We oppose occupation and settler colonialism, and call for internationalism in order to create freedom for Palestinians." In 2012, Norman Finkelstein called out this ostensibly peaceful three-tier goal — framed misleadingly in the language of Palestinian rights — as a disingenuous call for Israel’s elimination.

The Facebook page also specifically invokes the 2005 call by "Palestinian Civil Society" for BDS — that lists the Council of National and Islamic Forces in Palestine as the first member of its national committee, which takes its financing, inspiration and marching orders from foreign sources who want Israel destroyed.

As of June 2016, the SFP Facebook page misleadingly tars Israel with incidents of racial tension in the United States, along with "police brutality and mass incarceration, gentrification, or militarization," highlighting that “law enforcement deployed in Ferguson–the St. Louis Police Dept and the St. Louis Metropolitan Police Dept–received training from the Israeli security forces in recent years."

On November 11, 2014, SFP organized a workshop titled "Palestine 101: Operation Protective Edge in Context" and two days later a follow up workshop titled “Palestine 201: Historical Analysis of the Settler Colonial State." During the second workshop, SFP Oberlin member Kaela Sanborn-Hum spoke about “third world solidarity movements." Sanborn-Hum’s talk featured a slide that falsely likened the experience of people in Gaza to that of people in Ferguson during the unrest of August, 2014.

On May 12, 2015, SFP shared on Facebook a poster calling for a boycott of Sabra, an Israeli-owned hummus brand and Tribe Hummus, owned by the Osem group. The poster also falsely alleged that the Jewish National Fund (JNF), which has worked with Palestinians to plant forests, and "contributes to the ethnic cleansing of indigenous Palestinians." 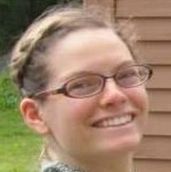