Santana is affiliated with the Students for Justice in Palestine (SJP) at UCI.

On January 1, 2014, Santana posted to her Facebook page that she began studying “Political Science and Chicano/Latino Studies" at UCI.

On May 10, 2017, Santana joined other SJP UCI student activists in shutting down a panel of visiting IDF reservists who came to speak to students and faculty at UCI.

The panel featured individuals from Muslim, Christian, Jewish, LGBTQ+, Arab and Bedouin communities who had served in the Israeli Defense Forces (IDF). The event was hosted by UCI’s chapter of Students Supporting Israel (SSI), with volunteers from the NGO “Reservists on Duty," who offered a chance to hear “from a 1st hand source the difference between how Israel is being portrayed on campuses and the facts on the ground."

Santana and other anti-Israel protesters interrupted panelists, yelled at the attendees and chanted over speakers as they were answering questions from other students.— often barring the panelists from talking.

After one anti-Israel agitator accused the reservists of serving in a military “where they murdered kids and families" and of being “colonizers" other agitators objected when the panelists vigorously objected to the protesters’ accusations. One female panelist broke down in tears, whereupon one of the agitators screamed “You don’t deserve to cry!" Celine Qussiny — reportedly the 2015 co-chair of Students for Justice in Palestine (SJP) at UCI — piled on and started leading the protesters in chanting “Israel, Israel, you can’t hide. We charge you with genocide," and “Israel, Israel, what do you say? How many people have you killed today?" and “Hey hey, ho ho, these colonizers have got to go."

This was the second time in a year that SJP joined MSU UCI agitators to shut down an SSI-hosted event. The 2017 disruption took place approximately one month after the expiration of an official administration warning to SJP due to another disruption described below:

In May 18, 2016, SJP UCI disrupted a pro-Israel film screening, laying siege to attendees. Approximately fifty anti-Israel activists yelled obscenities, physically blocked students, and attempted to force their way into the room where the event was being held.

Qussiny, who was then the co-chair of SJP at UCI, led the protesters in yelling “Intifada, Intifada — Long live the Intifada!," and “When people are occupied, resistance is justified." Qussiny also reportedly yelled “F**k Israel!" Other anti-Israel protesters reportedly shouted, “All white people need to die."
One Jewish student — then-sophomore Eliana Kopley — was physically prevented from entering the event by SJP protesters. A protester reportedly shouted, “If we’re not allowed in, you’re not allowed in!" Kopley then reported that she was followed by protesters and hid in a room for safety, where she called the police.
“I was terrified. There is no other word to describe how I felt," Ms. Kopley said when interviewed.
Event attendees had to be safely escorted from the room by police.
When interviewed, event lecturer Eran Izak reported “[the protesters] were banging on the glass and the door and we could hear screaming outside." Izak added “The students had a look of panic on their faces — they were terrified. Finally the police arrived, pushed the protesters back a little, and escorted us to our cars."
Prior to, as well as following the protest, the #UCIntifada hashtag was used by a number of individuals, as well as by SJP UCI Twitter account. SJP UCI also tweeted: “UCISRAEL2016ISRACIST."
The UCI administration issued a written warning to SJP UCI for “violat[ing] Student Conduct Policies regarding disruption," effective until March of 2017. SJP UCI was ordered to host an educational program for its membership by November 18 2016.

During the May 10, 2017 disruption of SSI’s panel, the agitators left the room when the campus police were called. However the protesters remained outside in the lecture hall, blocking the main exit with chants of “From the River to the Sea, Palestine will be Free," and “Intifada, Intifada, long live the Intifada."
Event attendees had to be safely escorted from the room by police.

At one point during the May 10, 2017 disruption, an anti-Israel agitator accused the reservists of serving in a military “where they murdered kids and families" and of being “colonizers" other agitators objected when the panelists vigorously objected to the protesters’ accusations. One female reservist broke down, whereupon another of the agitators screamed “You don’t deserve to cry!"

Celine Qussiny — reportedly the 2015 co-chair of Students for Justice in Palestine (SJP) at UCI — piled on and led the protesters in a series of chants. The agitators yelled: “Israel, Israel, you can’t hide. We charge you with genocide," and “Israel, Israel, what do you say? How many people have you killed today?" and “Hey hey, ho ho, these colonizers have got to go."
Qussiny interrupted her chanting to yell “you’re here to spread propaganda of a settler colonial state, you’re killing our people." Qussiny finished by yelling “You people are colonizers or occupiers and you should not be allowed on this f**king campus," adding “you have the guns, you would kill me if you could, f**k you."

One demonstrator repeatedly interrupted a panelist, who was providing his perspective in response to an attendee’s question. The demonstrator cut off the panelist, saying: “this is a form of like politically trying to get people to not be able to speak." When asked to keep to the structure of a question and answer session, the protester screamed: “this is people’s lives, people are dying and these guys are responsible for it," pointing at the panelists.

Qussiny then pointed out the IDF reservists who came to observe the demonstration, claiming “these soldiers are directly, directly committing genocide against our peoples and training police officers, border patrol agents and various military regimes worldwide to commit genocides all around the world." Demonstrators responded by yelling “murderers!!"
Qussiny claimed: “Last night we went to disrupt [SSI’s] event to let them know...that we refuse to allow the normalization of their presence here." She then repeated her allegations against the reservists and derided UCI’s administration for requesting that demonstrators be civil and respectful to them.
Again Qussiny led students in the chant: “When people are occupied, resistance is justified," “When people are colonized, resistance is justified," and “when people are brutalized, resistance is justified."

During the demonstration, Qussiny libeled “Zionist and pro-Israel organizations", claiming: “ last year, administration received, we got 400 death threats from Zionist and pro-Israel organizations that were sent to administration." Qussiny added: “who knows what could have happened to us. These people are threatening to come to this campus - they were threatening - they were saying that they would commit, they would have bloodshed on our campus if we were not expelled."
Qussiny went on to claim that the university refused to follow a 2013 divestment proposal to divest from Wells Fargo involved “in Israeli settler colonialism" because “the university only cares about the money." Qussiny then added: “the university meets with Zionist organizations to secure those relationships with huge amounts of money to make sure that we are policed and that our resistance is suppressed."

During May 8 -11, 2017, MSU UCI co-hosted “Anti-Zionism week" with SJP UCI and two other groups. During the week, student activists erected a barrier, mischaracterizing Israel’s security fence as an “apartheid wall" ad advocating for BDS. In addition, anti-Israel students were reported to hold mock funerals for babies and distribute mock eviction notices.
On May 11, 2017, in honor of Anti-Zionism week, MSU UCI and SJP UCI demonstrators held up signs reading “Long live the Intifada." One demonstrator held up a sign reading: “Zionism is White Supremacism."

One of the Israeli reservists, Ilan Golan, said his group set up a booth nearby, handed out flyers, held up signs and also engaged with students and passersby about Israel.

Golan reported his group was subjected to insults and name-calling by the anti-Israel supporters who participated in the week’s events.

SJP UCI and MSU UCI - Promoting Controversy at Another School

One of the advertised events during UCI’s 2017 ‘Anti-Zionism week’ was the attendance of a divestment hearing at California State University, Long Beach (CSULB), on May 10, 2017. That hearing marked the third, and final, reading of a controversial BDS resolution that had already divided CSULB’s campus.
The resolution’s second reading was passed, with great acrimony, on May 4th. Immediately afterwards, approximately 30 supporters of the vote reportedly gathered and proceeded to chant, “Allah al-Akbar." After the vote, a former student senator observed that one Palestinian supporter told a Jewish girl with tears streaming down her face, that he “didn’t talk to terrorists."

Public comments published by the Daily 49er after the final vote highlighted the division caused by the resolution. One faculty member on campus for more than 16 years was “saddened by the lack of constructive academic engagement." 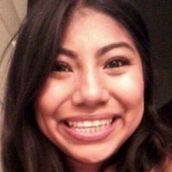