Samir Chopra is an associate professor of Philosophy at Brooklyn College (Brooklyn) and the City University of New York Graduate Center (CUNY GC).

On July 28, 2014, Chopra was one of 24 protesters arrested for blocking traffic during an anti-Israel demonstration in front of the Israeli consulate in New York. The protest occurred during Israel’s Operation Protective Edge (OPE), implemented to destroy Hamas attack tunnels and stop rocket attacks from Gaza targeting Israeli civilians.

After his arraignment, Chopra wrote "I would do it again."

Chopra regularly champions the cause of Professor Steven Salaita, the Edward Said Chair of American Studies at the American University of Beirut (AUB) and a frequent subject of Chopra’s blog.

On May 20, 2016, Chopra testified in defense of two SJP activists, Sarah Aly and Thomas DeAngelis, who were among nine Brooklyn College Student Coalition (BCSC) members whose disruptive behavior prompted the shutdown of a Faculty Council meeting on campus.

The students crashed the university’s Faculty Council session to deplore "atrocities committed against students, our communities, and the world that Brooklyn College and CUNY administration must be held accountable for." These “atrocities" ranged from “rising tuition, undercover New York Police Department agents on campus after 9/11", “the lack of Black and Latina/o faculty, blatant disrespect directed towards the Puerto Rican and Latino Studies department and Africana Studies department," and “Brooklyn College’s commitment to all forms of imperialism and settler-colonialism, including, but not limited to Zionism."

After Faculty Council Chair Yedidyah Langsam (who wears a Jewish head covering and a short beard) told the students they were out of order, one student verbally attacked Langsam — calling him a “Zionist pig"

Langsam said that “Once she made that remark" to him, he adjourned the meeting.

Aly later told a staff reporter for the Ditmas Park-Flatbush Patch that a single student admitted to saying “Zionism out of CUNY" — but not “Zionists out of CUNY."

On February 17, 2016, the University president, Karen Gould, admonished BCSC in a campus-wide email, stating: “we find this disruptive behavior unacceptable and the hateful comments especially abhorrent."

Gould also called for an investigation into the offending students’ conduct and for appropriate punitive measures. Aly and DeAnglis were initially charged with violating CUNY’s code of conduct, including intentional obstruction, failure to comply with lawful directions, unauthorized occupancy of college facilities and disorderly conduct.

On May 20, 2016, Chopra disputed the veracity of the charges and urged the administration to "Drop the charges; apologize to the students." The next day, Chopra wrote that “Acquittals don’t address this damage; reparations are due" to Aly and DeAngelis.

On May 31, 2016, the anti-Israel legal advocacy organizations Palestine Legal and Center for Constitutional Rights (CCR) represented Aly and DeAngelis at a five hour disciplinary hearing, where they were ultimately charged and admonished by the university with “failure to comply with lawful directions." 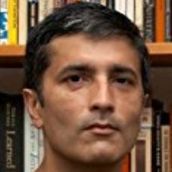