Gayle Salamon supports the Boycott, Divestment, Sanctions (BDS) movement at Princeton University (Princeton), where she is an associate professor of English and Gender and Sexuality Studies.
Salamon has signed a BDS statement put forward by the Modern Language Association Members for Justice in Palestine (MLA MJP), which has called on the MLA “to pass a resolution endorsing the boycott of Israeli academic institutions."
In January of 2017, the resolution failed to pass at MLA’s annual meeting.

On November 5, 2014, Salamon signed a petition entitled “An Invitation to the Tenured Faculty at Princeton" that was featured in Princeton’s student newspaper, The Daily Princetonian. The petition invited tenured faculty to support divestment from companies “that contribute to or profit from the Israeli occupation of the West Bank until the State of Israel complies with UN Resolution 242, ends its military occupation of the West Bank and lifts its siege of Gaza."

The faculty petition was rejected by the Resources Committee of the Council of the Princeton University Community, because it did not meet guidelines for consideration. It was reported that organizers of the faculty petition “plan to press on."

According to Professor Max Weiss, a co-founder of the faculty divestment initiative, the “faculty petition urging divestment set the stage for the student referendum." 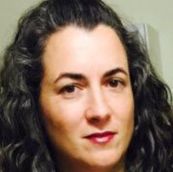