Francis Boyle has spread anti-Semitic conspiracy theories and campaigned for the Boycott, Divestment, Sanctions (BDS) movement. He has demonized Israel and proclaimed to have launched a “legal intifada" against the Jewish state.

From 1991 to 1993, Boyle served as the legal advisor to the Palestinian delegation during peace negotiations with Israel. He served on the board of directors of Amnesty International from 1988 to 1992.

Boyle also served as legal advisor to Yasser Arafat and the Palestinian Liberation Organization (PLO) on the 1988 Palestinian Declaration of Independence.

Yasser Arafat was the former leader of the Palestinian Liberation Organization (PLO) and is known by some as the “father of modern terrorism." Under Arafat, the goal of the PLO was the violent destruction of Israel.

In 2010, Boyle expressed opposition to any peace treaty between Palestinians and Israelis, writing: “...the Palestinians must not sign any Middle East Peace Treaty with Israel, but rather must keep the pressure on Israel for the collapse of Zionism over the next two decades as predicted by the Central Intelligence Agency."

Boyle is a professor of International Law at the University of Illinois College of Law (UIUC Law).

On January 15, 2010, Boyle was quoted as claiming that Zionists “pretty much" have “control and domination of the American judiciary." Boyle’s statement referred to his failed 1986 United States federal lawsuit filed against Israeli General Amos Yaron for purported involvement in the Sabra and Shatila massacre, as well as other cases filed against Israelis in the U.S.
In a November 2010 Al Jazeera interview, Boyle alleged that former U.S. President Barack "Obama was bought and paid for by the Zionists" and that former presidential candidate Hillary “Clinton sold her soul to the Zionists in New York to get elected as senator from New York."
In the same interview, Boyle also alleged that “higher education... in America, has become predominantly Zionist in its orientation" and that “all the major US news media sources are Zionist -every one of them."

Boyle also wrote in an October 2010 article: “God had no right to steal Palestine from the Palestinians and give Palestine to the Jews to begin with" and purported the existence of a “millennia-long history of the Palestinian People, who are the original indigenous inhabitants of Palestine."

He went on to claim that the United Nations stole Palestine from the Palestinians and gave it to the Zionists in 1947.

Boyle has accused Israel of “crimes against humanity" that he characterized as “just like what Hitler and the Nazis did to the Jews." He also claimed that “Zionism’s final solution to Israel’s much touted demographic threat allegedly posed by the very existence of the Palestinians has always been genocide."
In an October 20, 2010 article, appearing in the World News Daily, Boyle claimed “Israel has never been anything but a Bantustan for Jews set up in the Middle East by the White racist and genocidal Western colonial imperial powers in order to serve as their racist attack dog and genocidal enforcer against the Arab and Muslim world."

Boyle also wrote: Israel has historically always functioned as Jewistan – the world's Bantustan for the Jews. So Israel might as well finally change its name today to Jewistan, own up to its racist birthright, and make it official for the rest of the world to acknowledge."

He analogized Israel to “genocidal Yugoslavia that collapsed as a State, lost its U.N. Membership, and no longer exists as a State for that very reason." He went on to write: “IN FACT, ISRAEL HAS NEVER BEEN A STATE BUT JUST AN ARMY MASQUERADING AS A STATE — A POTEMKIN VILLAGE OF A STATE."

In an October 2010 article, titled “The Palestinians must sign nothing and let Israel collapse!" Boyle asserted Israel was teetering on the brink of collapse and urged the Palestinians to avoid signing any peace treaties with Israel, so that Israel would “meet the same fate as the genocidal Yugoslavia."

Boyle also predicted the ethnic cleansing of Jews from Israel would pave the way for Palestinians to lay claim to all of israel. Boyle asserted: “large numbers of Zionists living in Israel have already prepared their parachutes, and their exit plans, and their landing zones to go elsewhere in the world. There is no reason for the Palestinians to give the Zionists a new lease on life in Palestine by signing any sort of peace treaty with Israel."

He also stated that “When Israel collapses, most Zionists will have already left or will soon leave for other states around the world. The Palestinians will then be able to claim all of the historic Mandate for Palestine as their State, including the entire City of Jerusalem as their Capital. Palestine will then be able to invite all of its refugees to return to their homes pursuant to Resolution 194."

Boyle went on to say that “... when this Israeli Bantustan for Jews predictably collapses as a State, all the Palestinian refugees living in their Diaspora around the world will be able to return to their homes as guaranteed by Resolution 194. Such is the ultimate solution for securing the Palestinian Right of Return under International Law."

He concluded his article, writing: “In the meantime, the Palestinians should sign nothing with Jewistan/Israel and let this Bantustan for Jews collapse of its own racist and genocidal weight. Good riddance!"
Social Media and Web Links 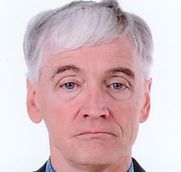