Munayyer was the Executive Director of the Jerusalem Fund and Palestine Center (2009-2014) and worked as a Policy Analyst for the American-Arab Anti-Discrimination Committee (ADC).

Munayyer is a supporter of the Boycott, Divestment, Sanctions (BDS) movement.

Munayyer is a 2005 graduate of the University of Massachusetts-Amherst (UMASS), where he majored in Political Science and History.

On October 9, 2015, Munayyer tweeted: “New video of Fadi Allon execution from another angle. He was completely surrounded and then shot and killed."

Fadi Aloon was shot by Israeli security forces after he stabbed a 15-year-old Israeli boy. Several hours before the attack, Aloon posted “Either martyrdom or victory" on his Facebook page.

Munayyer’s tweet appeared in the middle of an upsurge of violence across Israel, incited by Palestinian political and religious leaders. The wave of stabbings, known as the “Knife Intifada," saw young Palestinians across Israel stabbing and attempting to stab scores of Israeli civilians. The attacks were sparked and fueled by incitement spread on social media.

In a May 21, 2010 article titled ‘Palestinian nonviolence relies on global non-silence,’ Munayyer falsely described militants on board the Gaza “Freedom Flotilla," as “nonviolent activists."

Activists aboard the “Freedom Flotilla"’s lead ship, the Mavi Marmara, claimed to be carrying humanitarian supplies to Gaza but agitated for violent confrontation with Israeli security forces and chanted “Khaibar, khaibar ya yahud" — a slogan glorifying the killing of Jews.

The protesters refused all instructions to change course and attacked Israeli security forces as soon as they boarded the Marmara with iron bars, metal chairs, knives, rocks, bottles, stun grenades and firearms.

The 2011 United Nations’ Palmer Commission report found that the flotilla agitators initiated an organized violent confrontation with Israeli forces. Following the incident, the Mavi Marmara was found to be carrying crude weapons but no humanitarian aid.

On August 31, 2015, Munayyer tweeted a photo that depicted the attempted arrest of a Palestinian youngster — Mohammed Tamimi — by an Israeli soldier, for rock throwing. The incident was later revealed to be a staged propaganda incident — one of many orchestrated by the boy’s father, Bassem Tamimi and the boy’s older sister.

Bassem Tamimi has exploited young children as political props in staged confrontations with Israeli soldiers. In 2011, he was jailed for organizing violent rallies and inciting minors to commit violent crimes such as rock-throwing.

Tamimi’s United States visa was revoked in 2015 after he encouraged third graders in Ithaca, New York to become “freedom fighters for Palestine."

On May 23, 2012, Munayyer wrote an op-ed, titled “Not All Israeli Citizens Are Equal," which claimed that Israel discriminates against its non-Jewish citizens. Munayyer alleged that “more than 35 laws in ostensibly democratic Israel discriminate against Palestinians who are Israeli citizens."

In his July 29, 2014 interview, Munayyer also implied that Israel’s blockade of Gaza and operations against Hamas were part of an Israeli attempt to eliminate Gaza’s civilian population, by — “dying slowly and dying quickly." He insinuated that Gazans were restricted to the “false choice" between living “either under a punishing siege or under the conditions of resistance to that siege, which brings about, of course, this massive Israeli bombardment and this massive disproportionate death toll."

In an August 4, 2014 interview, during Israel’s Operation Protective Edge (OPE) — Munayyer again referred to the U.N.-approved joint Israeli and Egyptian naval blockade of the Gaza Strip to prevent the import of weapons to Hamas, as a “siege." In another interview, published on August 3, 2014, Munayyer falsely called OPE a “massive Israeli attack on the civilian population of the Gaza Strip."

In an April 21, 2010 article titled “Why Iran won’t Attack Israel", Munayyer dismissed the idea that Iran posed a threat to Israel and suggested that Israel’s Arab population “serves as a deterrent from a nuclear-armed Iran, should the Islamic Republic ever build nuclear weapons and consider using them on Israel."

Munayyer derided Israeli fears and claimed “Israel constantly needs an enemy that it says threatens its existence... its existence requires the existence of apocalyptic anti-Semitic forces with the intent and capability to annihilate."

In an October 26, 2014 speech, in a forum titled "The Quest for a Just Peace: Connecting Liberation Struggles," Munayyer branded Zionism as Colonialism. He said that Palestinians experienced the “transition from one form of colonization to another form of colonization... the transfer of power between the British imperial enterprise in Palestine and the adoption of that enterprise by the Zionist movement."
Munayyer went to on to describe the birth of the Palestinian refugee problem as the “depopulation of Palestine."

The United States Campaign for Palestinian Rights (USCPR) — formerly the U.S. Campaign to End the Israeli Occupation (ETO) — is a coalition of American-based anti-Israel organizations that lobbies the U.S. Congress to adopt anti-Israel policies and end government support for Israel.

The coalition was founded in 2001 by anti-Israel activists, including Josh Ruebner.

Josh Ruebner — the co-founder and former Executive Director of Jews for Peace in Palestine and Israel (JPPI), an organization which merged into JVP — is the Policy Director for USCPR.

In a March 4, 2013 article, Ruebner described supporters of the American Israel Public Affairs Committee (AIPAC) as “Israel-first citizen lobbyists." The slur “Israel-firster" was first popularized by Willis Carto’s anti-Semitic The Spotlight. Use of the slur has been described as a case of “Leftist Mccarthyism" — “debasing the debate by accusing anyone who disagrees with them of treasonous impulses."

Ramah Kudaimi, the Director of Grassroots Organizing for USCPR, has promoted incitement to violence against Israelis, urged platforms to include Holocaust deniers among mainstream voices and, on July 16, 2016, called for the destruction of Israel — tweeting: “F**k Israel every day until the fall of the zionist regime." Kudaimi, who previously worked for CODEPINK and the Arab American Action Network (AAAN) — was one of five USCPR delegates denied entry into Israel in July 17, 2016, for security reasons, and banned from entering the country for the next 10 years.

The National Organizer of USCPR, Anna Baltzer, is heavily involved in church divestment campaigns and travels the world promoting these and other BDS causes. Baltzer has reportedly propagated unsourced claims which she later recanted. In a July 25, 2014 interview during Operation Protective Edge (OPE), Baltzer denied that Hamas used Palestinian civilians as human shields, despite Hamas openly admitting to the practice several weeks earlier. (0:18). Baltzer also referred to Hamas as a “red herring" when asked about how Israel should respond to Hamas provocations (2:00).

In March 2015, USCPR uploaded a short video to Youtube, titled “Bibi’s Bad Advice." The video called to “#SkipTheSpeech" — Israeli Prime Minister Benjamin Netanyahu’s address to both houses, critiquing the nuclear deal with Iran. The video insinuated that Americans were duped into going to war with Iraq by Netanyahu’s claims that Saddam Hussein was seeking to develop nuclear weapons.

USCPR demonizes pro-Israel Americans by accusing them of bribing U.S. politicians to support their political agenda — USCPR wrote (p.8) in its annual 2015 report — “of course the Israel lobby doesn’t limit its advocacy efforts to the federal level. Politicians at the state and even municipal levels are treated to all-expense-paid propaganda trips to Israel, and city and state politicians are pressured to support anti-Palestinian legislation." Later in the same report (p.20), USCPR wrote “US Campaign staff also presented at more than a dozen conferences and gatherings including Shut Down AIPAC."

On September 19-21 2014, at the USCPR’s 13th Annual National Organizers' Conference, Northeastern University student and SJP member Max Geller presented a workshop titled: “1% & State of Israel’s Agenda to Silence Criticism of Israel & Promote Anti-Muslim and Anti-Arab Racism." Geller listed major Jewish organizations in the U.S. and argued that they were not grass roots organizations but were “vehicles for the 1% to have even more influence over the Israeli-Palestinian conversation in this country," in order to protect their financial interests in weapons and oil.

At the same conference, Professor Rabab Abdulhadi served as a panelist and accused the Amcha Initiative of a “smear campaign" against her. Abdulhadi also claimed that American Jewish organizations, including the Anti-Defamation League (ADL), Simon Wiesenthal Center and American Jewish thinkers, like Professor Alan Dershowitz and late Holocaust survivor Elie Weisel were “engaged in a campaign of repression."

Per its 2015 Annual Report, ETO provides (p.16) “one-on-one support... resources, letters, networking, action technology, financial support, and more -- to students leading powerful boycott and divestment campaigns on more than 25 campuses."
In the lead up to a divestment resolution in the summer of 2014 ETO provided (p.13) “comprehensive, intensive strategic support to member group UCC Palestine Israel Network (PIN) for six months leading up to" a vote by the United Church of Christ (UCC) General Synod to divest from companies doing business in Israel. ETO supported proponents of the resolution by providing “one-on-one consultations, campaign infrastructure, and organized grassroots support to strengthen PIN and the campaign."

USCPR campaigns to pressure artists to cancel performances in Israel.

On June 29, 2016, USCPR Policy Director Josh Ruebner tweeted a video calling for the musician Santana to cancel his scheduled performance in Israel. Santana responded in his own video ignoring the pressure and said — “We look forward to seeing you at Park Hayarkon. Shalom and salam alaykum. Peace."

In 2016, USCPR initiated a campaign urging actors and directors nominated for Academy Awards to reject an all-expenses paid trip to Israel, to see Israel for themselves — first-hand.

USCPR coordinated (p.10) a divestment campaign to boycott the Israeli company, Sodastream. 500 Palestinians eventually lost their jobs when Sodastream moved its factory from the West Bank to southern Israel. Although Sodastream denied that BDS had an impact on its decision to relocate, the BDS movement took credit for the factory’s closure.

USCPR started (p.13) a petition “to ‘Say No to Faithwashing’" writing an “open letter calling on Muslim Americans to eschew any participation in or legitimization of the Muslim Leadership Initiative of the Shalom Hartman Institute."
The Muslim Leadership Initiative (MLI) project, sponsored by the Shalom Hartman Institute (Hartman’s) — was founded by Imam Abdullah Antepli, the first Muslim chaplain at Duke University. MLI is an educational program geared to assisting Muslim Americans “understand why Jews believe what they believe, how Jews see their history, why Jews are so attached to this contested strip of land (Israel) — and thus to better engage with American Jews." According to Antepli, “MLI aims to put mainstream North American Jewry in conversation with their Muslim counterparts."

USCPR is a key promoter of Israeli Apartheid Week (IAW) and organizes programs on college campuses throughout the U.S. claiming to “raise awareness about Israel’s ongoing settler-colonial project and apartheid policies over the Palestinian people" and “mobilize… BDS campaigns." USCPR offers resources and ideas for how anti-Israel agitators can execute IAW on campus.

In 2008, to mark the 60th anniversary of the Nakba (“Catastrophe," in Arabic) USCPR produced and distributed propaganda materials about Israel’s War of Independence. 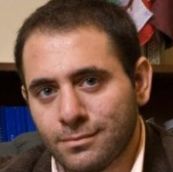