Suleiman Hodali is a vocal member of Students for Justice in Palestine (SJP) at the University of California Los Angeles (UCLA).

Hodali is a former programming associate at the Levantine Cultural Center, an organization that promotes multicultural education. Hodali presented a course at the center titled Palestine 101 which was advertised as "an audiovisual experience that surveys anti-colonial resistance and explores the history, culture and politics of Palestine, from the early 20th century forward. We will delve deeper beyond Hamas and the PLO as we explore how Palestinians have resisted both colonization and the erasure of their history and culture."

Suleiman Hodali is a Ph.D. student in the Department of Comparative Literature at UCLA. 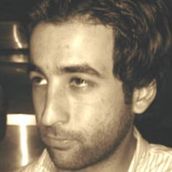 “...the actions of groups like SJP are truly beginning to pose a threat to the status quo of university power relations with Israel.”
Suleiman Hodali, ElectronicIntifada.net, Apr 11 2012
0 Shares