Seif Youssef has demonized Israel on Facebook and compared Israelis to pigs. Youssef took a leadership role in the 2015 Boycott Divestment, Sanctions (BDS) campaign at McMaster University (McMaster) in Hamilton, Ontario.
Youssef was a supporter of the Muslim Brotherhood (MB) and participated in Egyptian demonstrations supporting brotherhood leader and former Egyptian President Mohammed Morsi.
In April of 2014, Youssef was a featured speaker at the 40th Annual Convention of the Islamic Society of North America in Canada (ISNA Canada). ISNA Canada lost its non-profit status in 2013 over alleged links to Pakistani terror groups.
Youssef was a member of Muslim Students Association (MSA) at McMaster and a member of the “McMaster MSA" Facebook group.
Youssef attended and promoted the 2015 Israel Apartheid Week (IAW) at McMaster.
As of August 6, 2017, Youssef’s LinkedIn says he has graduated from McMaster with a degree in business and commerce. It also says he attended Toronto film school for the 2016-2017 academic year.
As of August 6, 2017, Youssef’s LinkedIn lists him as the co-founder and executive manager of FSA Productions.

On May 2, 2015, Youssef retweeted a tweet featuring a large pig lying in the mudthat read: “and over here we have the most common breed of the Israeli Zionist in his natural habitat."
On October 7, 2013, Youssef tweeted: “When the customer tells me he used to work in Israel... #NoGasForYou #ItsPalestineYaHabiby."
On September 4, 2013, Youssef tweeted: “So I go to this clubsfest thing and the first club I see is the Israeli Student Association thing. Not a good start to the day. #Furious."

On October 16, 2015, Youssef attended an anti-Israel rally in front of the Israeli consulate, co-sponsored by Solidarity for Palestinian Human Rights (SPHR) at McMaster College (SPHR Mac), along with Students Against Israeli Apartheid (SAIA) and the Palestine House in Toronto.
The Arabic version of the invitation, disseminated by Palestine House invited demonstrators to a “Protest rally in solidarity and support of Palestine Intifada (انتفاضة)."

October 2015 saw an upsurge in violence across Israel incited by Palestinian political and religious leaders. The wave of stabbings — known as the “Knife Intifada" — saw young Palestinians throughout the country stabbing and attempting to stab Israeli civilians.

During the rally, protesters chanted: “Viva, Viva Intifada!" and “from the River to the Sea, Palestine will be Free!"
The Palestine House was de-funded by the Canadian federal government in 2012 for aligning itself with terrorist causes, including celebrating the release of convicted murderers and honoring the founder of the Popular Front for the Liberation of Palestinian (PFLP) terrorist organization.

In March of 2014, Mac SPHR attempted to push through a divestment bill during a heated meeting of the McMaster Student Union (MSU) General Assembly.
The bill was introduced by Salah Abdelrahman and seconded by Youssef.
During preliminary discussion, Abdelrahman demanded that BDS be discussed first because “people have other commitments." Abdelrahman insisted on this although other motions were already on the agenda, including a motion set higher up on the agenda to discuss the desirability of taking “political and polarizing stances on international crises, conflicts and concerns."
Abdelrahman further claimed “that the Chair should have arranged the motions in chronological order" although this is not a guideline and several MSU representatives argued that gravity of issues rather than chronology should take precedence.
During his presentation preceding the BDS vote, Abdelrahman claimed that Israel created “segregated road on racial basis" [01:33] as well as a “siege by air land and sea" [01:40] on Gaza, and was suppressing “fundamental human rights."
Students on both sides of the debate reported a tense atmosphere. One student at the microphone reportedly asked security to stand between him and another student. “I’m actually feeling a little unsafe right now," he said. Individual pro-Israel students who opposed the resolution were reportedly derided and mocked.
The MSU General Assembly voted in favor of the motion — despite the lack of a constitutionally-required 632-member quorum. The resolution was, therefore, non-binding.
In 2015, McMasterBDS and Mac SPHR pushed another intensive campaign for the passage of a BDS resolution that used the exact same wording as the 2014 Divestment resolution.
On March 13, 2015, Youssef tweeted: “.@JustinTrudeau @McGillU What a pathetic thing to say. I promise we will make BDS pass in Every Canadian Campus #BDS #IsraeliApartheidWeek."
Youssef’s tweet was in response to Canadian Prime Minister Justin Trudeau’s tweet: “The BDS movement, like Israeli Apartheid Week, has no place on Canadian campuses. As a @McGillU alum, I’m disappointed. #EnoughIsEnough."
On March 18, 2015, Mac SPHR and McMasterBDS created a video to further their BDS campaign that claimed Israel killed “500 kids" in “Gaza this summer." The video used young child actresses to mislead viewers and play on their emotions.
On March 23, 2015, the MSU General Assembly voted to pass the divestment resolution proposed by then-SPHR President Yara Shoufani. The resolution claimed that Israel is committing “war crimes" and called on McMaster “to endorse" the global BDS movement.
On the same day, Youssef tweeted: “If you're a mac student at mac Reach the GYM asap and come vote for BDS! Need all the people we can get!"
Youssef also posted on his Facebook page: “If you're a mcmaster student on campus Reach the GYM asap and come vote for BDS! Need all the people we can get! Here's a quick video on the cause if you want some info! https://fbcdn-video-l-a.akamaihd.net/…/11043547_65003279510…"
Proponents of the divestment resolution resisted all attempts to alter its exclusive condemnation of Israel.
This time, the motion passed with a constitutional quorum — but with less than 10% of students in attendance. During the discussion, the motion was criticized having been forwarded in violation of the undergraduate student union’s notice provisions.
On March 24, 2015, Youssef shared a McMaster BDS promotional video to his instagram, adding: “Vini vidi bds."
Following the vote, then-SPHR President Lina Assi gave an interview to a pro-BDS local radio host, Brendan Stone. In the interview, Assi claimed it was “not true" that “BDS targets Israeli companies or products" and alleged that students are “blinded by misconceptions" in these matters (18:05).
Former SPHR President Yara Shoufani also participated in the interview. Shoufani stated: “The next step is to mobilize and lobby the administration, because, you know what, the [McMaster Student Union] MSU has money, but the administration has even 1more money… it’s not over yet, Palestine is not liberated… the administration have a lot of money" (19.55).
On February 2, 2016, it was reported that McMaster’s BDS had compiled a 3,000-vendors list and was “going through each company to find out whether they’re boycottable or not. Assi told Imprint, the University of Waterloo's official student paper, that “Once we submit the recommendations to our student union, they will have to divest." Assi said that “since the BDS movement is now a binding motion on the student union, [the administration] have no choice but to follow the motion." 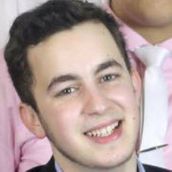 “Reading the #ObamaSupportsTerrorism tweets are making my blood pressure rise. After all this people still saying the MB are the terrorist..”
Seif Youssef, Twitter, Aug 15 2013
0 Shares