Brotman served as a visiting lecturer and Arabic specialist from 2013-2015 at the University of Illinois, Urbana Champaign (UIUC), where she was reportedly integral in establishing a chapter of Jewish Voices for Peace (JVP).

In November 2014, Brotman published a blog post in which she discussed what had inspired her “to work harder to establish a Jewish community here in Champaign-Urbana where anti- and non-Zionist views are accepted and even championed."

As of October 2018, Brotman’s LinkedIn page said she was a Membership Coordinator for JVP.

On April 13, 2018, Brotman tweeted to New York State Senator Kirsten Gillibrand, writing: “you can be a progressive hero. We need your leadership on Gaza. Please speak out for unarmed Palestinian demonstrators and journalists being shot by the Israeli army. Condemn the killings. Call for an investigation. The world needs your leadership!"
On March 30, 2018, some 30,000 Palestinians in Gaza approached Israel’s border to take part in “Land Day Protests" or the “March of Return." The March of Return was organized and funded by Hamas as a campaign of violent protests along Israel’s border to spotlight the demand of Palestinians to “return" to Israel.

On December 6, 2017, Brotman shared a petition, authored by JVP, on her Facebook, condemning United States President Donald Trump’s decision to move the American Embassy in Israel to Jerusalem. The petition claimed the move would “Give a green light to longstanding Israeli government policies aimed at displacing Palestinian Jerusalemites from the city."

On October 12, 2016, Brotman shared a JVP event, titled “Yom Kippur Online" for the Jewish high holidays on her Facebook, urging people to “Pray in your pajamas and protest the occupation at the same time."

In a Facebook post published on November 17, 2015, Brotman condemned what she described as “the invocation of Islamophobic tropes to drum up support for Israel’s oppressive policies against the Palestinian people."

On November 4, 2015, Brotman shared a JVP petition on Facebook which described Israeli Prime Minister Benjamin Netanyahu as a “racist warmonger" and called on the Center for American Progress (CAP) “to rescind their invitation to Netanyahu."

On October 25, 2015, Brotman posted a photo on her Facebook of protesters holding a sign that said “JNF Plants Trees to Uproot Palestinians."

In a Facebook post published on October 23, 2015, Brotman shared a petition, authored by JVP, titled: “Tell the JNF that we won't stand for their agenda of occupation and dispossession!"

On October 22, 2015, Brotman attended an event which she also shared an event on Facebook, hosted by Students for Justice in Palestine (SJP), featuring anti-Israel BDS activist Remi Kanazi.

On October 20, 2015, Brotman shared a petition authored by JVP on her Facebook, writing “Sign to tell the New York Times: we need accurate reporting on Palestine and Israel!" The petition stated that “the root causes of the current uprising are Israel’s ongoing policies of occupation, displacement, and oppression."

On May 13, 2015, Brotman shared a petition on her Facebook, published by JVP, which called upon former U.S. Secretary of State John Kerry to “to change the State Department's definition of anti-Semitism" to exclude “those who raise their voices to oppose Israel's human rights abuses."

On June 7, 2016, Brotman shared a petition on her Facebook, published by JVP, whose purpose was to “Defend BDS activism in New York!"

On November 25, 2015, Brotman posted “Your BDS-Friendly Shopping Guide for The Holidays!" on her Facebook. The article, published by JVP, providing a list of 18 companies supporting the BDS movement.

On November 18, 2015, Brotman posted a photo on her Facebook of a box of Hanukkah candles, which are traditionally lit to commemorate the rededication of the Jews’ Second Temple in Jerusalem. Brotman commented: “Got my Hanukkah candles from Narrow Bridge Candles: a Jewish ritual candlemaking project in support of the full Palestinian call for Boycott, Divestment, and Sanctions of Israel... A portion of the profits go to the ‘Stop the Jewish National Fund Campaign’."

On November 12, 2015, Brotman hosted an event at the University of Illinois, Urbana-Champaign (UIUC) titled “BDS Go&Learn."

According to the event page, “we'll review the Palestinian call for BDS, and we will talk about the specific circumstances at U of I and how BDS might be applied right here. We'll be adapting Jewish Voice for Peace's curriculum for the event."

The event was co-sponsored by SJP.

In a Facebook post published on September 10, 2015, Brotman shared a link to participate in a “Why an Academic Boycott? Webinar with JVP, Palestine Legal and USACBI."

The webpage billed Rebecca Vilkomerson of JVP and Sa’ed Atshan as panelists.

On May 11, 2015, Brotman shared a petition on her Facebook fighting against an anti-BDS bill that had been proposed in Illinois.

On December 7, 2014, Brotman published an article defending BDS, in which she characterized United Nations Security Council Resolution 242 inaccurately as stipulating Israeli withdrawal “from all of the occupied territories."

In the article, Brotman wrote that “to say that BDS is immoral because it places blame for the occupation and settlements on the occupiers and the settlers is nothing short of absurd."

Brotman went on to defend her own support for BDS by arguing that “the human rights violations taking place elsewhere in the world are not being carried out in my name as a Jew. So, I’ll go ahead and focus on Israel and Palestine for now."

Brotman signed an open letter, published on October 30, 2014, to UIUC Chancellor Phyllis Wise, President Robert Easter and the University of Illinois Board of Trustees, condemning the decision to fire Professor Steven Salaita.

The petition also posited that “None of the statements that we have seen represents an attack on any racial or ethnic group, unless one accepts the disingenuous equation of the state of Israel and Jewish people generally."

The signatories concluded the letter by “calling on these leaders to reinstate the offer to Professor Salaita."

On September 27, 2014, Brotman published an article chronicling a pro-Salaita event for which she had been one of the “primary organizers."

The event appropriated a customary penitential Jewish ritual called Tashlich — a High Holiday ceremony in which individuals cast off their sins, by symbolically throwing bread into a body of water. The article said: “leaders used an adapted script from Jewish Voice for Peace that took as its focus the casting off of both personal and collective sins, particularly those of the ongoing occupation of Palestine and the recent firing of Professor Steven Salaita."

Among the “collective sins" the group cast off were “[a]llowing the attack, starvation and strangulation of Gaza and allowing the claim to be made that it is no longer occupied" and “Feeling powerless in the face of the theft of Palestinian land, the destruction of Palestinian homes and the silencing of Palestinian voices, like that of Professor Steven Salaita."

Brotman signed a petition, published on September 3, 2014, of “Jewish students, faculty, staff, alumni, and parents of the University of Illinois at Urbana-Champaign... writing to object in the strongest possible terms to the firing of Professor Steven Salaita."

Signatories of the petition wrote: “Just as we work tirelessly to oppose Israeli ethnic cleansing and displacement of Palestinians taking place in our name, we will ensure that the silencing of Professor Salaita and others like him does not take place in our name either." 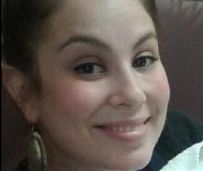