Sam Cibula has demonized Israel and whitewashed terrorists at Vassar College (Vassar). Cibula is an activist with Jewish Voice for Peace (JVP) and an affiliate of Students for Justice in Palestine (SJP) at Vassar.
He has also promoted the #returnthebirthright initiative launched by JVP against the Birthright Jewish heritage tour (Birthright).
As of May 2018, Cibula was reportedly a sophomore at Vassar, slated to graduate in 2020.

On April 16, 2018, Cibula wrote an article in the online magazine Boilerplate to publicize Israel Apartheid Week (IAW) at Vassar. The article was titled “ISRAEL IS NOT AN INCLUSIVE PARADISE."
Israel Apartheid Week (IAW) is presented as “an international series of events that seek to raise awareness of Israel’s settler-colonial project and apartheid system over the Palestinian people" and build support for the Boycott, Divestment, Sanctions (BDS) movement. IAW has been re-named Palestine Awareness Week.
In his article, Cibula implied that Israel is an “imperialistic project" and a racist state. He also promoted a libel that Israel forcefully sterilized Ethiopian Jews, a claim that was based on a flawed report by Ha’aretz.

Cibula also encouraged students to attend IAW at Vassar, where “Jewish resistance to Zionism will be celebrated through a number of on-campus events." He concluded: “It is time to acknowledge and disavow the crimes of the government that claims to act in our name."

Ahed Tamimi was detained after she was filmed punching and kicking Israeli soldiers. She has a long history of physically attacking Israeli soldiers.
Tamimi is the daughter of Bassem Tamimi, who is notorious for exploiting young children as political props in staged confrontations with Israeli soldiers. In 2011, he was jailed for organizing violent rallies and inciting minors to commit violent crimes such as rock-throwing.

The “right of return" is a Palestinian demand discredited as a means to eliminate Israel.
March participants sent scores of kites bearing explosive devices across Israel’s border to burn Israeli crops and homes. Participants also attempted to breach the border fence, which caused the Israeli Defense Forces to respond with live fire.
Agitators threw molotov cocktails, firebombs, shot firearms and threw rocks under the cover of smoke from burning tires.
On May 16, 2018, a Hamas senior official stated that 50 out of 62 protesters killed during a May 14 protest were Hamas operatives. Palestinian Islamic Jihad (PIJ) also claimed that three of its members were killed at the same protest.
Cibula’s article also lamented the death of Yasser Murtaja, who he described as a “photojournalist."

Yasser Murtaja, a photojournalist, was reportedly a Hamas spy who used drones to film Israeli positions. Murtaja was shot on April 6, 2018 as he filmed the 2018 “March of Return" protest in Gaza.

JVP members from across the United States assembled to chant anti-Birthright slogans outside the Birthright offices. 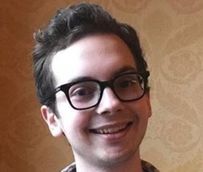 “It is time to acknowledge and disavow the crimes of the government that claims to act in our name.”
Sam Cibula, Boilerplate Magazine, Apr 18 2018
0 Shares