In May 2015, Cohen participated on a trip with Interfaith-Peace Builders (IFPB). IFPB is an NGO that organizes delegations to Israel to "bear witness to the everyday violence of war and [Israeli] occupation." IFPB’s itinerary features lectures by representatives of organizations that explicitly call for the end of Israel and promote the BDS movement.

In a March 2017 article for The Haverford Clerk, Cohen was described as “a main organizer" of Haverford’s “Israel Apartheid Week." Cohen was quoted saying that the goal of the week was “recognizing Apartheid in Israel and American financial complicity in that Apartheid."
She also rejected the need for “peaceful dialogue", saying that “In our movement, there isn’t really room for dialogue. A common complaint is that SJP doesn’t want to have a dialogue, doesn’t want to talk about it. To that I say there’s too much at stake... We can’t put ourselves and peaceful dialogue before a struggle."

Cohen then outlined the next step of her SJP chapter’s agenda — targeting Israel for boycott and pushing Haverford to pass a BDS resolution.

On September 5, 2017, Cohen provided a testimonial to JVP’s #returnthebirthrightt campaign page on Facebook under the name “Rosemary C." Cohen also posted a longer version of nearly the same testimonial on her personal Facebook page, on July 21, 2017.

In her testimonial on the JVP Facebook page, Cohen claimed that Birthright participants are “taking advantage of an opportunity provided by an apartheid state committing atrocities against an occupied people."
Cohen also wrote that “as American Jews we must resist the continuing Nakba as it is carried out in the name of all Jews by Israel and the US… We have to hold ourselves accountable. I can't believe we're still doing this."

In the longer version of the testimonial posted to her personal Facebook page, Cohen added “I work on [sic] Students for Justice in Palestine at Haverford and Bryn Mawr, we have people working on [sic] IfNotNow."
Cohen then implored: “Talk to me! Come to SJP events! Consider skipping Birthright!"

On December 2, 2017, Cohen updated her Facebook cover photo to express support for anti-Israel agitator Ahed Tamimi and her family.

The caption on the photo read: “free Ahed and the rest of the Tamimi family, justice for Nabi Saleh, freedom for Palestine from the river to the sea."
Ahed Tamimi was detained after she was filmed punching and kicking Israeli soldiers. She has a long history of physically attacking Israeli soldiers.
Tamimi is the daughter of Bassem Tamimi, who is known for exploiting young children as political props in staged confrontations with Israeli soldiers. In 2011, he was jailed for organizing violent rallies and inciting minors to commit violent crimes such as rock-throwing. 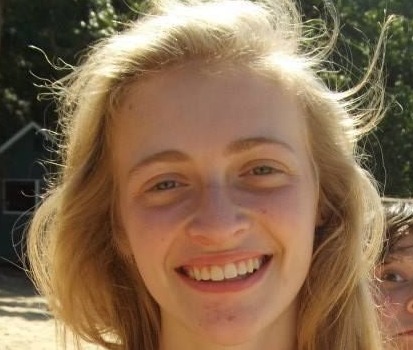 “If you're thinking about taking advantage of this ‘free’ trip...know that you're also taking advantage of an opportunity provided by an apartheid state committing atrocities against an occupied people.“
Rosemary Cohen, Facebook, Sep 5 2017
“As American Jews we must resist the continuing Nakba as it is carried out in the name of all Jews by Israel and the US.”
Rosemary Cohen, Facebook, Jul 21 2017
“In our movement, there isn’t really room for dialogue. A common complaint is that SJP doesn’t want to have a dialogue, doesn’t want to talk about it. To that I say there’s too much at stake. You can’t walk into a room and separate yourself from this issue and talk as if this doesn’t matter. We can’t put ourselves and peaceful dialogue before a struggle.”
Rosemary Cohen, haverfordclerk.com, Mar 28 2017
0 Shares