Ramah Awad was a co-president of Students for Justice in Palestine (SJP) at Stanford (SJP Stanford) and a leader of Stanford Out of Occupied Palestine (SOOP).

SOOP defines itself as a coalition of 19 student groups without any formal leadership structure. The group’s stated mission is to “end Stanford's investments in corporations which profit from the Israeli Occupation of the Palestinian Territories."SOOP disseminates BDS materials and solicits donations for BDS, but has stated that it is not connected to the BDS movement and is focused on “selective divestment."

Awad works as an assistant to the Advocacy Officer at Addameer, a Palestinian “Prisoner Support and Human Rights Association."
According to an NGO Monitor report, Addameer provided false testimony to the Goldstone Commission, and lied about statistics regarding Palestinian Arab prisoners. Addameer also promotes the Boycott, Divestment, Sanctions (BDS) movement and works to undermine Israel internationally. Addameer frequently provides material to AJ+, a Qatari-funded propaganda media channel known for spreading misinformation and lies about Israel.

In October 2014, Awad was one of six Stanford student who travelled (click on Updates to see the image of the students) to Boston for the National SJP conference at Tufts University. The stated purpose of the trip, for which funds were raised through GoFundMe, was “to acquire the skills, politics, and experience necessary to advance our work in solidarity with the Palestinian struggle for liberation."
As of July 2018, Awad’s LinkedIn page said that she graduated from Stanford in 2017 with a Bachelors of Arts, Honors, History, and Anthropology. Her LinkedIn also said that she has been a fundraiser at Amnesty International USA since February 2018.
On July 31, 2017, Awad’s Facebook page said she started a new job with Palestinian Youth Movement.
On April 30, 2018, Awad posted on Facebook page said that she started a new job at American Friends Service Committee in Oakland, California.

In October 2015, SJP Stanford organized a protest as a preemptive response to a vigil mourning innocent Israelis murdered in a wave of terror attacks across Israel.

The SJP protesters held signs, some of which which read: "#Al Aqsa under fire." The claim that the Al Aqsa mosque was under threat echoed the same incitement that fueled the Palestinian killings whose victims the vigil was meant to memorialize. The “threat" of “attacks on Al Aqsa" has been a pretext for Arab attacks on Jews, well before the existence of Israel.

SJP Stanford President Fatima Zehra considered the emails advertising the vigil for Israelis problematic because they acknowledged that Israelis who had been murdered were "victims of terror."

In early 2015, SOOP led a seven-week campaign culminating in a proposed resolution to the Stanford Undergraduate Senate to divest from corporations that “maintain the occupation of Palestine." U.S. Securities and Exchange Commission (SEC) filings revealed that Stanford is not invested in any of the companies SOOP targets for divestment.

On February 17, 2015, the Stanford Undergraduate Senate voted in favor of a SOOP resolution calling on Stanford to divest from corporations that “maintain the occupation of Palestine."

Following an initial vote, the resolution failed to garner the required 66% Senate approval, eliciting shouts of anger from the crowd and leaving one Senator in tears. However, a re-vote was called by Senate Chair Ana Ordonez, who had abstained from the first vote because the “hostile" atmosphere made it difficult for her to concentrate on the vote. The second vote garnered enough support for the resolution to pass.

In April 2015, the Stanford Board of Trustees announced that the University would not divest from certain companies operating in Israel after concluding that any action to divest would serve to deeply divide the Stanford community.

President John Hennessy also addressed the issue at a faculty senate meeting. “I have never seen a topic that has been more divisive within the university community," Hennessy said. “As a university, we must remain committed to civil and rational discussion, especially when the issues are highly controversial. An atmosphere of intimidation or vitriol endangers our ability to operate as an intellectual community."

In 2012, the Palestinian Youth Movement (PYM USA) released a statement saying: “Our liberation...will be gained with the path that was written with the blood of our martyrs. We reaffirm that the only path that we are concerned with is the path that explicitly heads towards the liberation of our land and the return of our people to Palestine.”

On October 25, 2015, PYM called to support “intifada” during a period when Palestinian radicals across Israel stabbed and hacked to death scores of Israeli civilians. PYM declared that “Al-Aqsa Mosque has been the target of particularly brutal assaults” and fraudulently claimed that “... arbitrary killings are committed daily by the Zionist military and settlers.”

On November 10, 2015, the PYM Facebook page displayed a photo of masked Palestinian radicals throwing rocks and firing rocks from slingshots. That photo was used to promote at least 25 anti-Israel rallies across the globe on or around November 29, 2015 under the banner of “Transnational mobilization for Palestinian resistance.”

On November 30, 2015, PYM displayed a photo on Facebook from one of the rallies showing a sign in support of PFLP member Khalida Jarrar, who was sentenced as part of a plea deal after she confessed to inciting violence and calling for terrorists to abduct Israel Defense Forces (IDF) soldiers.

Another sign showed support for PFLP Secretary-General Ahmad Sadat who is currently held in Israeli prison. Sadat and four other PFLP members were convicted for the 2001 assassination of Israeli Tourism Minister Rehavam Ze'evi. 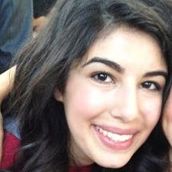