In this capacity, Mumallah was an integral part of organizing anti-Israel events. Two such events made headlines at Yale for their questionable tactics: erecting a mock check point and posting mock eviction notices on dorm rooms. In defending the mock eviction notices, Mumallah and three fellow SJP members co-authored an article for the Yale Daily News. In the article, Mumallah and his co-authors stated that "the Israeli government has authorized and subsidized the construction of 90,000 Jewish-only settlement units since the occupation of East Jerusalem began in 1967. Zoning technicalities, therefore, are a guise for a fundamentally violent and discriminatory land policy."

Mumallah graduated from Yale with a degree in Arts in Anthropology. He is currently employed as a Gas Scheduler in Tulsa, Oklahoma. 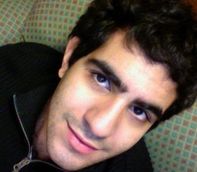 “…the Israeli government has authorized and subsidized the construction of 90,000 Jewish-only settlement units since the occupation of East Jerusalem began in 1967. Zoning technicalities, therefore, are a guise for a fundamentally violent and discriminatory land policy.”
Omar Mumallah and co-authors, Yale Daily News, Apr 25 2011
“We wanted to juxtapose the destruction of Palestinian homes with the construction of illegal Jewish-only settlements to highlight the discriminatory logic that drives Israeli policy.”
Omar Mumallah and co-authors, yaledailynews.com, Apr 25 2011
“…the zoning laws are designed by one group (Israel, the occupier) and enforced against another (the Palestinians).”
Omar Mumallah and co-authors, yaledailynews.com, Apr 25 2011
“[Check points] define life in the West Bank in a lot of ways.”
Omar Mumallah, yaledailynews.com, Nov 6 2011
0 Shares