Kattler-Kupetz has promoted the #returnthebirthright initiative launched by the anti-Israel Jewish Voice for Peace (JVP) organization against the Birthright Jewish heritage tour.

Kattler-Kupetz is also an affiliate of Students for Justice in Palestine (SJP), having attended several of their anti-Israel programs, including “Israel Apartheid Week."

Kattler-Kupetz has demonized U.S. Ambassador to Israel David Friedman during a protest organized by IfNotNow (INN), an organization that uses disruptive tactics to drive a wedge between American Jewry and Israel.

As of November 2, 2017 Kattler-Kupetz’ LinkedIn page described her as a student at Barnard, majoring in American Studies and slated to graduate in 2018.

On Facebook, Kattler-Kupetz goes by the moniker “Noa Sprinkle."

In December of 2016, Kattler-Kupetz signed a JVP-launched petition against the Anti-Semitism Awareness Act (AAA), unanimously approved by the United States Senate on December 1, 2016.

The AAA directed the Office for Civil Rights (OCR) to use the U.S. State Department’s definition of anti-Semitism when evaluating hostile environment complaints.

Kattler-Kupetz was involved in protesting the nomination of David Friedman for the post of United States Ambassador to Israel. On February 21, 2017, Kattler-Kupetz and other INN NYC members demonstrated in the lobby of the building hosting Mr. Friedman’s confirmation hearing, holding placards and reading prepared statements.

The group conducted a mock press conference, with one activist portraying Friedman. Kattler-Kupetz read [00:00:18] INN’s complaints against Friedman’s appointment from a script, and called it a “distinct displeasure" to welcome Ambassador Friedman to his confirmation hearing.

Several others, including Columbia student Jack Synder, posed questions to “Friedman" and berated his scripted responses.
After the skit, the group left the building while singing.

Kattler-Kupetz is a member of Columbia Univeristy Apartheid Divest (CUAD).
CUAD is comprised of JVP and SJP members, who joined forces in February 2016. The group called on Columbia to divest its equity holdings and endowment funds from companies that — in CUAD’s words — “profit from the State of Israel’s ongoing system of settler colonialism, military occupation, and apartheid law."
CUAD listed eight target companies that it believed “*likely* to be invested in by a university like CU."

During the week of February 27-March 3, Kattler-Kupetz attended “Israeli-Apartheid Week" events. Associated events included visiting a mock “Apartheid Wall," “Teaching Palestine: Scholarship and Resistance" and a lecture titled “Zionists are Racists"
On April 24, 2017, Kattler-Kupetz attended an event called “The Road to Freedom: A panel discussion with Omar Barghouti."
Barghouti, co-founder of the BDS movement, rejects the existence of Israel. Barghouti has insisted that the demands of BDS are “inflexible" and “non-negotiable" — and if people object, then “tough." 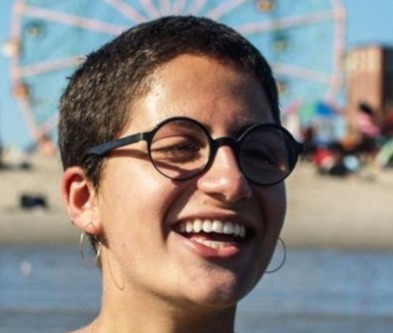