Naomi Dann was arrested during an anti-Israel protest and has demonized Israel as the Media Program Manager at Jewish Voice for Peace (JVP), since 2014.

Dann helped found [00:15:00] a chapter of Students For Justice in Palestine (SJP) at Vassar College (Vassar), while serving [00:15:20] as president of the Vassar Jewish Union.

Dann has promoted the Boycott, Divestment, Sanctions (BDS) movement and is affiliated with IfNotNow (INN), an organization that has demonized Israel and seeks to drive a wedge between American Jewry and Israel.

As of June 2018, Dann’s LinkedIn page said she is a 2014 graduate of Vassar, with a bachelor’s degree in Peace and Justice Studies.

In July 2014, Dann was arrested during an INN protest against Israel’s Operation Protective Edge (OPE). The protest took place inside the lobby of the New York offices of the Conference of Presidents of Major Jewish Organisations.

In an August 17, 2017 article, Dann accused Israel of “white supremacy" and compared a far-right rally that featured neo-Nazis to "fascism in Israel."

In an August 16, 2014 article written during OPE, Dann claimed that “It is the daily brutality of the occupation, and the underlying racism and colonialism of the State of Israel, that is at the root of the current crisis."

In February 2014, Dann co-authored an article in the Miscellany news, Vassar’s student newspaper, in support of the American Studies Association (ASA) resolution to boycott Israeli academic institutions. The resolution was adopted in December 2013.

According to an April 2015 Mondoweiss article, Dann was involved in a campaign at Vassar called “Open Hillel." According to Dann, Open Hillel pressures Hillel International to “drop its ‘Standards of Partnership,’ which currently prohibit campus affiliates from partnering with or hosting individuals and groups who support" BDS.

In April 2016, Dann wrote an article promoting BDS on college campuses, claiming “there is growing recognition that political and economic outside pressure [on Israel] will be necessary to bring about a semblance of justice and security for all people living in the region."

The campaign involved an online petition called “Skip the Speech," which called on US Congress members to skip Netanyahu's speech to the U.S. Congress warning of Iran’s nuclear ambitions. The petition also accused Netanyahu of promoting “war over peace."

In addition to the online petition, 110,000 letters were delivered [00:09:23] to Congress members across the US, urging them to skip Netanyahu’s speech. 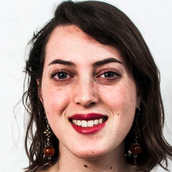