Meshal Alshahrani is a supporter of Students for Justice in Palestine (SJP) at San Jose State University (SJSU) and promotes the Boycott, Divestment, Sanctions (BDS) movement.

Alshahrani is a senior at (SJSU), majoring in Mechanical Engineering. He is also a student assistant at SJSU and a freelance photographer.

On July 12, 2015, Alshahrani told his Facebook audience members that they "must watch" a video starring David Duke, former Grand Wizard of the Ku Klux Klan — a convicted felon and anti-Semitic conspiracy theorist.

The video, titled: "Israel is a threat to America, not Iran. United States will go to war with Israel soon," blamed Israel for Al Qaeda's September 11, 2001 attacks on the United States.

Duke went on to allege that Israel and "insane Zionist extremists in their bloodlust" (12:58) are trying to manipulate the U.S. into a war with Iran (at 10:00). Duke declared that there was no evidence (10:30) that Iran is attempting to build nuclear weapons, — despite a 2015 International Atomic Energy Agency report and a 2007 U.S. State Department report, which found that Iran violated its Nuclear Non-Proliferation Treaty obligations.

On July 11, 2014, Alshahrani shared a Russia Today (RT) video on the Gaza War with his Facebook followers, commenting, "I highly respect this Russian channel for stating the truth and not being manipulative." In 2014, an RT anchor reporter resigned, after she admitted the channel disseminated lies.

On July 13, 2014, Alshahran tried to divorce Jews from their ancient aspiration to return to their homeland, posting "I love Jews.. not Zionists" alongside a video produced by Neturei Karta, a marginal Jewish cult, with less than 100 publicly active members that is opposed to the State of Israel.

On July 16, 2014, Alshahrani mocked the Israeli Defense Force’s attempts to save Palestinian lives by issuing warnings before targeting Gaza structures used as

terror bases. Alshahrani posted on Facebook: "I don't see the reason to alert them and destroy their houses."

On July 18, 2014 Alshahrani re-posted a video, titled: called "Why Would a Texan Boycott israel?" by someone who introduced himself as Bill McKee from San Antonio Texas. The video propagated false, incendiary claims about Israeli settlements having been created by forcing Palestinians off of their land at gunpoint. The video also justified Palestinian terrorism and called on viewers to join the BDS movement. Alshahrani commented: “word of truth."

On July 24, 2014, Alshahrani commended as "eye opening," on Facebook, a report featuring Gaza doctor Medhat Abbas, who made the libelous claim that “children are the declared target of the Israeli army - today, they are only killing children." Abbas also misrepresented that Israel made “unsafe" Gaza’s Shifa hospital — which served as a Hamas command center and which Hamas used repeatedly as a launching area for rockets during the 2014 Gaza War. Four days later, Hamas rockets — as confirmed by an Amnesty International report and an independent Italian journalist — killed and wounded scores of children at Shifa hospital and the nearby al-Shati refugee camp.

On July 25, 2014, Alshahrani posted a video of anti-Semitic journalist Max Blumenthal, blaming Israel, exclusively, for the conflict in Gaza. Max Blumenthal’s 2013 book "Goliath: Life and Loathing in Greater Israel" was dubbed “The Israel Hater’s Handbook" by Eric Alterman of progressive magazine The Nation.

On August 5, 2014, Alshahrani posted on Facebook a video he characterized as a "Powerful speech from a pro-Israel Irish man," Irish Senator David Norris. Norris started his speech by stating that the Holocaust is a “rag" that needs to be “torn away" from Israel (1:00). Norris called for the expulsion of the Israeli ambassador from Ireland, the removal of Israel’s embargo on Gaza, the possible imposition of an international military force in Gaza and the boycott of Israeli goods (6:30).

Norris is also the former partner of Ezra Nawi, a convicted child sex offender and Israeli "peace" activist who was exposed for entrapping and handing over Palestinians to the Palestinian Authority for torture and execution — for selling land to Jews.

On November 12, 2015, Alshahrani posted a photo of himself with Norwegian physician Dr. Mads Gilbert — commending him as " the hero." In 2014, Gilbert expressed support for the September 11 terrorist attacks. In December of In 2009, Gilbert was accused of faking resuscitation on a dead child for dramatic effect for a CNN video.

On November 21, 2014, SJSU SJP members marched on San Jose City Hall to present the Mayor’s office with a demand that "our government stop its complicity with the violations of international law by ending U.S. military aid to Israel."

The title of the march, "Hands off Al-Aqsa and Palestine," aimed at perpetuating a false rumor that Israel intended to “desecrate" the Al Aqsa Mosque in Jerusalem. On the same day of the march, SJP SJSU’s Twitter feed featured the hashtag #HandsOffAlAqsa.

This claim, spread by Palestinian leaders, led directly to a wave of deadly violence against Israelis. The "threat" of “attacks" on Al Aqsa has been a pretext for Arab attacks on Jews well before the existence of Israel. 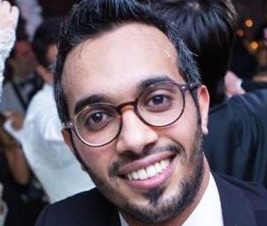