In 2014, Quran was reportedly the President of Students for Justice in Palestine (SJP) at the University of North Carolina (UNC).

As of October 2019, Quran’s LinkedIn page said she was a “Reporter/Associate Producer" at PBS NewsHour, from “August 2019 - Present" in Arlington, Virginia.

As of July 2019, Quran spelled her name “Layla Qoran" on Facebook.

On May 9, 2019, Quran tweeted: “...the Palestinians in Israel are delegated to second-class status by every means."

On July 13, 2014, Quran tweeted: “She was at the camp playing piano.She was a piano prodigy, I've never heard anything so beautiful. Her blood is cheaper to apartheid Israel."

Since the early 2000’s, the term “intifada" has carried the connotation of violence.

On March 7, 2012, Quran tweeted: “And my upmost respect 2 Hana Shalabi on her 22nd day of hunger strike.Imprisoned w/o trial/cause by the Israeli government #hungry4justice."

Hana Shalabi is reportedly a supporter of the terror group Palestinian Islamic Jihad (PIJ) who was arrested in 2012 for alleged “involvement in planned attacks" by PIJ.

On February 11, 2012, Quran tweeted: “Tomorrow Israeli Politicians and settlers are reportedly storming al-Aqsa mosque in Jerusalem in attempts to topple it to the ground."

The allegation that Jews “threaten" to destroy the Al-Aqsa Mosque has been a traditional pretext for Arab attacks on Jews long before the existence of the modern Jewish state.

Such propaganda served as the excuse for an upsurge in Palestinian violence that flared in the fall of 2015 and incited Palestinians to attempt mass casualty attacks on Israeli civilians in July 2016. .

Israel commenced Operation Cast Lead (OCL) in 2008-09 in order to stop Hamas rocket fire from Gaza targeting Israeli civilians.
In 2010, Hamas admitted that nearly 700 of the Palestinian casualties in OCL were combatants.
On December 10, 2011, Quran tweeted: “@theDalz There's been an occupation for over 60 years, whether the US sees that or not. #Palestine #Israel #moderndayapartheid."

On August 31, 2011, Quran tweeted: “I'm #Israel and I tell the world I want peace while bombing the neighborhood park.The park might have had weapons,I couldn't take a chance."

On August 18, 2011, Quran tweeted: “It takes an entirely different level of monster to kill a child #Israel."

On August 12, 2011, Quran tweeted: “When the British colonized America we were called revolutionaries, when #Israel occupied #Palestine, we were suddenly terrorists."

On August 6, 2011, Quran tweeted: “RT ‘@TheJewgro: @LaylaQuran i mean that u claim the jewish lobby is stopping media from reporting the israel protets.’ How is tht offensive?"

On February 6, 2015, Quran shared a photo on Facebook of herself with disgraced anti-Israel professor Steven Salaita and wrote: “Steven Salaita selfie! Read what happened to him here."

In 2014, The University of Illinois (U of I) withdrew an offer of employment to Steven Salaita after becoming aware of his anti-Semitic tweets. One tweet, posted shortly after Hamas kidnapped three teenage Israeli high school students, read: "You may be too refined to say it, but I’m not: I wish all the f**king West Bank settlers would go missing."
A month later, Salaita tweeted "Zionists: transforming ‘antisemitism’ from something horrible into something honorable since 1948." On July 8, 2014, he tweeted: "There's something profoundly sexual to the Zionist pleasure w/#Israel's aggression. Sublimation through bloodletting, a common perversion."
In a February 26, 2014, Daily Tar Heel article titled: “Poet and activist Remi Kanazi to speak on Palestinian-Israeli conflict," Quran reportedly said: “We’ve been trying to get him for years now, so we’re really excited he’s coming."

Anti-Israel poet Remi Kanazi is known for his aggressively anti-Israel spoken-word performances. He has supported terrorism and has compared Israel to both ISIS and the Ku Klux Klan.

As a graduate student of NYU, Quran signed a letter calling to divest from companies that do business in and with Israel, including Hewlett-Packard, Caterpillar, Motorola Solutions and G4S.

On August 25, 2014, Quran wrote on Facebook: “We are a UNC student group organizing around human rights and justice for Palestinians. We follow the Palestinian Civil Society call for Boycott, Divestment and Sanctions of Israel."

In an August 17, 2014 article about an academic and cultural boycott of Israel, appearing in UNC’s student newspaper, , Quran reportedly said: “The academic boycott and any cultural and economic boycott are really important ways to hold Israel accountable when politicians and the media—and really the international community—has failed to do so."

In September 2014, while Quran was reportedly the president of SJP UNC, the group organized an event, with the stated goal of severing the connections UNC had with institutions and academic programs in Israel, including conferences and study abroad programs.

On May 30, 2013, Quran tweeted: “Israel Philharmonic Orchestra is performing in Memorial Hall next April. Can't wait to not attend! #BDS."

Israel Apartheid Week (IAW) is presented as “an international series of events that seek to raise awareness of Israel’s settler-colonial project and apartheid system over the Palestinian people" and build support for the Boycott, Divestment, Sanctions (BDS) movement. IAW has been re-named Palestine Awareness Week.

Quran claimed: “Eviction notices are routinely given to Palestinian families living under oppressive Israeli occupation. The goal is to confiscate Palestinian land for Israeli settlements and make life so miserable for Arabs that they have no choice but to eventually leave their land and homes."

Quran also said: “The U.S. has provided over $200 billion in military funding to Israel over the past six decades, and all that we seem to have gotten from it is this apartheid system."

Quran concluded: “Use the hashtag #UNCMockeviction to let us hear your thoughts on the mock eviction notice, and please come out to the events for UNC Israeli Apartheid Week next week!" 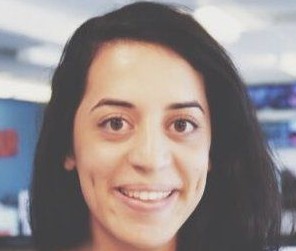