Julia Mason Wedgle participated in an anti-Israel protest in Bil’in and has spread hatred of Israel. She has been a leading activist with the anti-Israel Jewish Voice for Peace (JVP) organization since May 2013.
As of June 2018, Wedgle’s LinkedIn said that she was a member of JVP’s national fundraising team and national membership committee. Her LinkedIn also said that, from 2012 through 2015, she was a student organizer with JVP and Students for Justice in Palestine (SJP) at Tufts University (Tufts).
Wedgle has been a campus organizer for the Boycott, Divestment, Sanctions (BDS) movement and has demonized the Birthright Jewish heritage tour.

Wedgle is an affiliate of IfNotNow (INN), an organization that has demonized Israel and seeks to drive a wedge between American Jews and Israel. She participated in the INN Boston chapter kickoff event in September 2014.

As of June 2018, Wedgle LinkedIn said she was a “Lawyer Referral Service Coordinator and Administrative Assistant" at the National Lawyer’s Guild, Massachusetts Chapter.

On December 27, 2013, Wedgle posted multiple photos to Instagram showcasing her participation in an anti-Israel rally at Bil’in against Israel’s security fence.

The Bil’in popular resistance committee has organized weekly demonstrations against the Israeli West Bank security barrier since 2005. The protests have attracted the media and participation of anti-Israel groups. Although described as “non-violent," these demonstrations have often turned violent.

Iyad Burnat, the lead protest coordinator, has repeatedly equated Israel with Hitler and ISIS. He has also claimed that Zionism is a “racist ideology" and accused “Zionists" of controlling American politics.

On March 4, 2015, Wedgle commented on a Tufts SJP Facebook post, writing: “as a White Jewish-American I can certainly say that Zionism and Israel are white supremacist much like the United States is … Israel was a state built by White Jewish men for White Jewish men."

On February 7, 2015, Wedgle retweeted a tweet that showed a photo of herself claiming that Israel “worsens the #climate situation for Palestinians."

On July 27, 2014, Wedgle posted a photo on Instagram of herself participating in an anti-Israel rally. Wedgle held a sign that read: “As a Jew, an American and a Human being, I say Not in my name! Stop bombing Gaza. #Free Palestine."
On June 27, 2013, Wedgle posted an image to Instagram accusing Israel of planning a “genocide." The image mischaracterized a proposed Israeli plan that would have officially recognized and registered the vast majority of Bedouin settlements throughout southern Israel.

On November 15, 2012, during Israel’s Operation Pillar of Defense (OPD), Wedgle tweeted: “so Bibi, Israel has the right to defend itself but the Palestinians don't? I am pretty sure you started this one."

OPD was launched to stop Hamas rocket attacks from Gaza on Israeli civilians. From November 14 to November 21, 2012, Palestinian terrorist groups fired more than 1,506 rockets at Israel. The majority of those rockets struck Israel, damaging homes, schools and other civilian areas.

Human Rights Watch noted: “Palestinian armed groups made clear in their statements that harming civilians was their aim."

On October 25, 2014, Tufts SJP quoted Sara Kershner, the founder of the International Jewish Anti-Zionist Network (IJAN), as saying at the conference: “Zionism has hijacked [Jewish] history and struggle against genocide to justify genocide today."

Conference attendee Ofek Ravid said that he was “booed and hissed at" — and told by “several members in the crowd to f**k off" — for suggesting that “Israel needs to be looked at as a complex nation through a dialectic lens, not as a black and white fragment." Ravid was also asked to leave the building by an SJP representative.

According to her Linkedin, Wedgle also represented Tufts SJP in the Tufts Prison Divestment Coalition, where she reportedly “organized an event during Israel Apartheid week on BDS which served as the prison divestment campaign’s launch" and “brought Palestine to the forefront of the mission and work of the coalition."
Israel Apartheid Week (IAW) is presented as “an international series of events that seek to raise awareness of Israel’s settler-colonial project and apartheid system over the Palestinian people" and build support for the Boycott, Divestment, Sanctions (BDS) movement. IAW has been re-named Palestine Awareness Week.

In December 2012, Wedgle co-wrote a primer for her SJP chapter that targeted Jews considering participating on a Birthright trip to Israel. In her primer, Wedgle claimed to have attended a Birthright trip, and credited the trip for her decision to join SJP and support BDS. The SJP primer was also reprinted in the anti-Israel online publication, Mondoweiss.

Wedgle concluded her piece by urging Birthright attendees to extend their stay in Israel and join excursions offered by anti-Israel organizations such as Machsom Watch and Breaking the Silence. 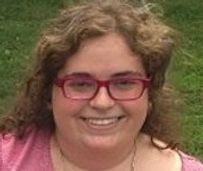