In 2018, Allsup was reportedly a member of the white nationalist campus organization Identity Evropa, which rebranded itself in March 2019 as the American Identity Movement (AIM). On March 24, 2020, Allsup said [00:10:26] he was “a former member of AIM."

As of May 2020, Allsup’s LinkedIn page said he was a Senior Advisor at Students for Trump, since March 2016. He was also listed as the Campus Ambassador Program Director since June 2016.

Also as of May 2020, Allsup’s LinkedIn page said he was a Campaign Manager for the Hailey Roemer for Representative campaign, since May 2016. He was the Washington State Coordinator for Students for Rand Paul from August 2015 to February 2016.

As of May 2020, Allsup’s LinkedIn page said he received a bachelor’s degree in Political Science and Government from Washington State University (WSU) in 2018. However, a June 2018 Huffpost article said he graduated from WSU in 2017.

As of May 2020, Allsup was a co-host on the podcast “Fash the Nation (FTN)," featured on The Right Stuff, a media website founded by Mike Peinovich. Allsup joined FTN in September 2019, following the suspension of his YouTube channel in August 2019.

Allsup also co-founded America First Media, a media company whose website, as of May 2020, says it “strives to be the preeminent source for pro-American, pro-nationalist content on the dissident right."

In 2017 and 2018, Allsup reportedly co-hosted the “Nationalist Review" podcast with Nick Fuentes.

On April 4, 2020, during the coronavirus pandemic, Allsup posted a video on Bitchute titled: “PUBLIC HEALTH IS WHITE SUPREMACY."

On March 24, 2020, Allsup posted a video on Bitchute titled: “CAN AMERICA SURVIVE A PANDEMIC?"

In the video, Allsup said: [00:09:45] “As we all know, the disease was spread amongst elites at AIPAC [American Israel Public Affairs Committee] and CPAC [Conservative Political Action Conference] and New Rochelle, New York, a Jewish community, is the U.S. epicenter of the disease."

The American Conservative Union (ACU) hosted the CPAC 2020 conference in Washington, D.C. on February 26-29, 2020. On March 7, 2020, the ACU tweeted a statement that announced a CPAC attendee had tested positive for the coronavirus and had been quarantined in New Jersey.

On March 10, 2020, a Jewish community in New Rochelle was designated as a coronavirus “containment zone" by state officials.

In a March 16, 2020 Fash the Nation (FTN) podcast posted on YouTube titled: “JPAC Patient Zero," Allsup said [00:08:29]: “Yeah. You know, I, I like the description that they use in New Rochelle, of the contamination zone. I think that should just be ascribed to AIPAC from now on."

Allsup continued [00:08:37] “I think they should just rename the virus in the United States, just call it the AIPAC virus. Why call it coronavirus? This is where it started. This is where it all began."
On April 22, 2020, the New York Times reported that a woman from California who died on February 6, 2020 was infected with the coronavirus, which “makes clear that the virus was circulating in the Bay Area of California as early as January [2020]."

On August 10, 2017, Allsup tweeted to the Anne Frank Center: “‘Hey, I think we might want to cut back on migration just a bit…’ ‘SHUT UP NAZI. UR HITLER. THE SIX QUADRILLION.’"

On July 17, 2017, Allsup tweeted: “Israel is opposing the cease fire in Syria. Almost like they want the goyim to keep fighting & never have peace."

Goyim is a Hebrew word used to refer to non-Jews.
On July 5, 2017, Allsup tweeted an image suggesting Jewish control over CNN.

On March 10, 2020, Allsup posted a video to Bitchute in which he implied [00:03:52] that Israeli solders were “gunning down Palestinian children on their side of the border."

On February 4, 2020, Allsup posted a Bitchute video titled: “THE TRUTH ABOUT AIPAC AND ILHAN OMAR."

Ilhan Omar was elected to the U.S. Congress in 2018. In February 2019, top Congressional leaders denounced Omar for tweeting anti-Semitic remarks.

Allsup also said [00:18:07]: “Yes, Ilhan Omar is right, that the Israel lobby, including AIPAC, exerts influence over our politicians, our leaders, to the tune of billions of dollars."

On August 6, 2017, Allsup tweeted: “You are just making this up now. What a shame- Israel needs cultural enrichment from millions of migrants!"

On August 11, 2017, Allsup attended a march at the University of Virginia (UVA) that featured Nazi chants.

The march ended with several marchers using their torches as weapons against counter-protesters. Police then shut down the event, declaring it an “unlawful assembly." Following the violence, marchers chanted “White Lives Matter!" and “Anti-White!" at the counter-protesters.

Attending the Unite the Rally

On August 12, 2017, Allsup attended the “Unite The Right" rally, where he was scheduled to speak.

The “Unite the Right" rally took place in Charlottesville, VA on August 12, 2017. The event attracted many far right American groups including the neo-Nazi National Socialist Movement (NSM) and white separatist League of the South (LS).
Richard Spencer organized the rally to protest the planned removal of a statue of Confederate General Robert E. Lee. One neo-Nazi in attendance drove his car into a group of counter-protesters, killing one and injuring at least 19 others. Another 14 people were injured in other fighting between white nationalists and leftist counter-protesters.
On August 13, 2017, a Youtube video was posted showing Allsup participating in the Charlottesville rally. He also marched [00:04:59] immediately behind NSM activists carrying an NSM banner and among other white nationalist activists carrying Nazi flags. 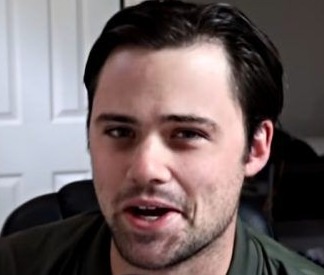