Itay Barylka was arrested while harassing Jewish students. He has publicly condemned as “unconstitutional" the Anti-Semitism Awareness Act, a bipartisan bill drafted in response to growing anti-Semitism in the United States.
Barylka is an organizer for Students for Justice in Palestine (SJP) and has attended multiple SJP-sponsored anti-Israel programs, including several “Israel Apartheid Week" events. Barylka has also promoted the #returnthebirthright initiative launched by the anti-Israel Jewish Voice for Peace (JVP) organization against the Birthright Jewish heritage tour.
Barylka is a founder of the New York University (NYU) chapter of JVP (JVP NYU).
Barylka is also an activist in the Boycott, Divestment, Sanctions (BDS) Movement who has participated in numerous BDS events and promoted BDS through his involvement with JVP.

He is an activist with IfNotNow (INN), an organization that has demonized Israel and seeks to drive a wedge between American Jewry and Israel.

In September 2017, Barylka was reportedly a CAS [College of Arts & Science] sophomore at NYU and the host of “radio revolución," a student radio show.

As of August 2018, Barylka used the alias “Itay Naren" on Facebook.

On May 11, 2018, Barylka was identified as the JVP member who reportedly burned an Israeli flag at a counter-demonstration to a pro-Israel celebration in Washington Square Park, on April 27, 2018.

Barylka was charged with second-degree reckless endangerment and resisting arrest. He was arraigned at the New York County Criminal Court.

During the same demonstration, an SJP member reportedly grabbed the arm of a female student who was singing the Israeli national anthem, along with dozens of other students. The SJP activist forcibly seized the woman’s microphone and began shouting, “Free Palestine, end the occupation."

In an interview with Mondoweiss following the protest, Baylka said that “there’s apartheid in occupied Palestine." Barylka also accused Brand of Israel of building a “commodified national image that can integrate human rights violations and normalize them and make them part of the status quo."

In December of 2016, Barylka protested the Anti-Semitism Awareness Act (AAA), which was unanimously approved by the U.S. Senate on December 1, 2016.
Barylka also signed a JVP-launched petition opposing the AAA. The AAA directed the Office for Civil Rights (OCR) to use the U.S. State Department’s definition of anti-Semitism when evaluating hostile environment complaints.

On October 12, 2017, Barylka was featured in a series of photos on NYU JVP’s Facebook page, promoting JVP’s #returnthebirthright campaign.

Barylka held a sign that read: “I #ReturnTheBirthright because I exist proudly in the diaspora."

The series of NYU JVP Facebook photos were also shared on the Return the Birthright Facebook page. The caption of the photos read, in part: “We refuse to be complicit in a propaganda trip that whitewashes the systemic racism and daily violence faced by Palestinians living under endless occupation."

On March 28, 2018, NYU JVP posted a video of a Return the Birthright rally featuring Barylka, who read prepared remarks off a cell phone and told the crowd [00:00:20]: “All Jews are handed this free trip and furthermore automatic citizenship" while “Palestinians are barred from returning to the homes and villages where their ancestors lived for centuries."

In a September 12, 2017 interview with the Washington Square News, Barylka was quoted saying that SJP at NYU “support[s] the boycott, divestment and sanctions movement which is a nonviolent movement to use economic, cultural and academic pressure to force the government of Israel to change its apartheid policies."
The article also said that Barylka hoped to recruit more students to join SJP, and that the group “hopes to make a serious effort at a boycott, divestment and sanctions campaign this year."
During the week of March 20-March 24, 2017, Barylka attended events associated with NYU SJP Presents: Israeli Apartheid Week 2017. Events during this week included protesting Israeli musician Idan Raichel's appearance at NYU, a panel discussion on “Palestine organizing" and a silent protest.

On April 25, 2017, Barylka indicated on Facebook that he “went" to an event titled, “Omar Barghouti & Nyle Fort: Freedom Fighting & State Repression," featuring Omar Barghouti, the founder of BDS.
Barghouti has rejected the existence of Israel and has claimed that international law grants everyone with Palestinian ancestry the unqualified right to settle in Israel.
Barghouti has also stated that the demands of BDS are “inflexible" and “non-negotiable" — and if people object, then “tough." 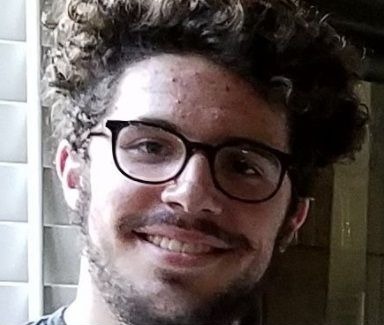 “We support the boycott, divestment and sanctions movement which is a nonviolent movement to use economic, cultural and academic pressure to force the government of Israel to change its apartheid policies.”
Itay Barylka, Washington Square News, Sep 10 2017
0 Shares