Helal (Hal) Jwayyed was the president of Students for Justice in Palestine (SJP) at Saint Xavier University (SXU) and is a supporter of the Boycott, Divestment, Sanctions (BDS) movement. He was also part of SJP Chicago and a member of SJP at the School of the Art Institute of Chicago (SAIC).

Jwayyed was also a member of the Muslim Students Association (MSA) at SXU and is affiliated with American Muslims for Palestine (AMP).

Jwayyed graduated from SXU with a degree in Business Administration in 2016 and from Moraine Valley Community College (MVCC) in 2013, where he was a member of the Arab Student Union (ASU).

Jwayyed is the vice president and author at the online Palestine in America publication, has a job as a paralegal at the Law Offices of Reem H. Odeh in Chicago and works as a student support manager at Online Trading Academy.

The tweet was attached to a photo of Jwayyed holding a sign at a protest that read: "Israel we’re sick of your S**T"

On April 12, 2016, Jwayyed posted a photo on Instagram of himself together with Rasmea Odeh. Jwayyed commented: "I keep bumping into this lady left and right #justiceforrasmea."

On January 27, 2016, Jwayyed tweeted a picture of himself with Rasmea Odeh with the hashtag #Justice4Rasmea.

On March 4, 2017, Jwayyed posted on Facebook: "BDS wins again" in reference to a divestment resolution passed at the University of South Florida.

On July 1, 2016, Jwayyed shared an AJ+ video that claimed New York Governor Andrew Cuomo’s anti-BDS executive order to be unconstitutional and an affront to free speech.

On February 24, 2016, Jwayyed wrote an article justifying the disruption of a lecture given by Bassem Eid by SJP members at the University of Chicago. Eid is the founder of the Palestinian Human Rights Monitoring Group and opposes the BDS movement. During the talk, Eid was threatened with physical violence.

On February 21, 2016, Jwayyed tweeted: "#bASSemeid is a f**king traitor to the #Palestinian people."

On April 13, 2015, Jwayyed participated in an event called "Make Hummus not Walls" held by SXU SJP during Palestinian Awareness Week on campus. The event was an “alternative Hummus tasting" to encourage students to boycott the “immoral, socially irresponsible Sabra Hummus" brand that was sold on campus.

On April 11, 2016, SXU SJP erected a display as part of Palestine Awareness Week, featuring a series of maps that presented lands once controlled by Britain, Egypt and Jordan as autonomous "Palestinian land" purportedly stolen by Israel.

In February of 2016, publisher McGraw-Hill Education recalled and destroyed copies of a college level textbook that contained the fraudulent maps. In October 2015, the United States cable news network MSNBC apologized for airing a similar series of maps and retracted them.

On October 5, 2015, SXU SJP posted on Facebook an article by Electronic Intifada that reported on terrorist Fadi Aloon as "being shot in cold blood while posing no threat." Fadi Aloon was shot by Israeli security forces after he stabbed a 15-year old Israeli boy in his chest and back. Several hours before the attack, Aloon posted “Either martyrdom or victory" on his Facebook page.

SXU SJP quoted from the article in their post saying ‘’mainstream US media outlets are actively concealing the alarming displays of genocidal racism emanating from Israeli Jewish society.’’

On July 23, 2014, during Operation Protective Edge (OPE), SXU SJP tweeted "SJP at SXU stands in solidarity with Palestine and Gaza. We condemn the acts of genocide Israel is partaking in #GazaUnderAttack"

In 2015, SXU SJP supported divestment campaigns at a number of universities, including DePaul University, UC Davis and Northwestern.

On May 13, 2015, SXU SJP posted on Facebook, urging followers to ‘’Testify Online Against IL Anti-Boycott Bill! [SB1671] Stop the Politicizing of Our Pension System!’’

The American Muslims for Palestinians (AMP) was founded by UC Berkeley Professor Hatem Bazian as a vehicle to generate mainstream support in the United States for the Palestinian national cause. On its website, the organization lists Bazian as the chairman of its national board and describes itself as "a national education and grassroots-based organization, dedicated to educating the American public about Palestine and its rich cultural, historical and religious heritage."

The Anti-Defamation League (ADL) has accused AMP of promoting "extreme anti-Israel views and has at times provided a platform for anti-Semitism under the guise of educating Americans" about Palestinians. The ADL further stated that AMP is directly involved in campus-based anti-Israel activity through Students for Justice in Palestine (SJP).

Prior to founding the AMP in 2006, Dr. Bazian had created SJP together with fellow UC Berkeley Professor Snehal Shingavi in 2001. The close working relationship between AMP and SJP has been documented several times over the years by several organizations, including NGO Monitor and StandWithUs.

In addition to providing financial, public relations and legal assistance to SJP, AMP has also been accused of having connections to Hamas. The AMP national board includes former members of both the Islamic Association of Palestine (IAP) and Holy Land Foundation (HLF), both of which were found liable for aiding and abetting Hamas. The IAP itself was founded by Mousa Mohammed Abu Marzook, current Deputy Chief of the Hamas Political Bureau and, according to the Associated Press, the terror organization’s number two political leader. 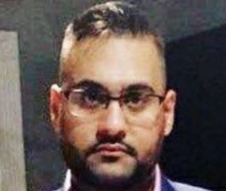