Hannah Nahar has signed a petition condemning the Anti-Semitism Awareness Act (AAA), a bipartisan bill drafted in response to growing anti-Semitism in the United States.

She is an activist with the anti-Israel Jewish Voice for Peace (JVP) organization at Tufts University (Tufts).

Nahar has promoted the #returnthebirthright initiative launched by JVP against the Birthright Jewish heritage tour (Birthright).

As of May 2018, Nahar’s LinkedIn page said she was slated to graduate Tufts in 2018 with a degree in English.

As of the same date, Nahar’s Facebook “About" page said she worked as a bookseller at Trident Booksellers & Cafe in Boston, Massachusetts.

In December of 2016, Nahar signed a JVP-launched petition opposing the Anti-Semitism Awareness Act (AAA), which was unanimously approved by the U.S. Senate on December 1, 2016.

JVP’s petition asserted that anti-Semitism did not warrant its own bill but should rather be considered equal to other forms of bigotry. The petition also purported that “real anti-Semitism" came from the “white supremacist movements in this country" and contended the bill did “little to protect us, as Jewish students, from these dangers."

The petition also claimed that BDS was “not inherently anti semitic" and called the State Department’s definition of anti-Semitism “problematic."

On March 28, 2018, Nahar reportedly joined other JVP activists who tabled on campus for Return the Birthright, encouraging students to boycott the Birthright trip. In an interview with Tufts campus newspaper, Nahar explained that “We are out here to say we are young Jews who are boycotting Birthright… We don’t believe that Birthright is something that Jews should do, and we don’t want our money being funneled toward it."

On February 14, 2018, the Return the Birthright campaign posted a photo on Facebook of a large group of student JVP members, including Nahar, gathered behind a “Return the Birthright" banner.
The caption on the photo read: “This weekend, we gathered from dozens of schools across the country to plan the next steps of our campaign! Because we don't need a free trip to Israel, while Palestinian refugees can't return to their homes. And we're not the only ones."

On October 6, 2017, the Return the Birthright campaign posted a photo on Facebook of Tufts JVP members, featuring Nahar, tabling for the campaign on campus at their university. The table featured a large sign with the words “Ask a Jewish Student About Birthright." 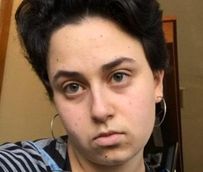