Hannah Friedstein was the founder and vice president of Students for Justice in Palestine (SJP) at University of Massachusetts-Amherst (UMass) in 2013. She has advocated for the Boycott, Divestment, Sanctions (BDS) movement on campus and is affiliated with Jewish Voice for Peace (JVP).

As of October 2018, Friedstein’s LinkedIn page said she graduated from UMass in 2014 with a degree in Communications and Societal Marketing and was working as a Client Success Manager at NinthDecimal.

The Facebook event page alleged that the Friends of the IDF organization “fundraises for a foreign military complicit in ... a war of destruction against the Palestinian people" and accused the IDF of “war crimes." It also claimed that “Macabi [sic] Tel Aviv and other Israeli sports teams are consistently deployed around the world in support of the occupation of Palestine."

Friedstein indicated on Facebook that she “went" to an August 20, 2014 event hosted by NYC Solidarity with Palestine, titled “March for Palestine!" The Facebook event description stated: “We’ve marched, we’ve rallied, we are boycotting and continuing to carry out direct actions and acts of civil disobedience."
The description continued: “Its [sic] time to bring the war home. It’s time to connect the war waged by Israel in Palestine to the war being waged by the NYPD against people of color...The struggles of the Palestinian people against the murderous state of Israel are inextricably connected to our struggles here at home."

On May 3, 2014 Friedstein posted to the UMass SJP Facebook page: “Everyone who has the time should definitely check out the mock wall made by Smith Students for Justice in Palestine!! Awesome job guys

."
SJP chapters across the U.S. have assembled “mock apartheid walls" to demonize Israel on college campuses.

On April 30, 2014 Friedstein posted a message in the Facebook group that said: “As an official RSO we now have an official UMass SJP page! Anything SJP related will now take place on this page! Please like and share

According to the Facebook event description, one speaker discussed the “racial element" of Palestinian representation in American media, while another discussed “the fundamental importance of their right of return to Palestinian justice." The third speaker promoted “the American Studies Association's endorsement of an academic boycott of Israeli institutions."

The “right of return" is a Palestinian demand discredited as a means to eliminate Israel.

Friedstein promoted and attended an April 3, 2014 UMass SJP event with Ali Abunimah, founder of the anti-Israel publication Electronic Intifada.
On April 7, 2014 Friedstein updated her Facebook cover photo to a picture of her and fellow SJP members with Abunimah standing behind an SJP sign.

On August 22, 2014 Friedstein updated her Facebook cover photo to a picture of a large Palestinian flag hanging on the Manhattan Bridge, with the words “Boycott Divestment Sanctions" printed on the flag. Friedstein captioned the photo: “#NYC2GAZA “#BDS

On April 24, 2014 Friedstein shared a link on the UMass SJP Facebook page to a website called Burstthebubble.org, which is dedicated to boycotting the Israeli ompany Sodastream. Friedstein commented, “Saving money on plastic bottles really is a "STEAL"!

In February 2016, 500 Palestinians whom Sodastream employed lost their jobs when the company moved its factory from the West Bank to southern Israel. The BDS movement took credit for the factory’s relocation.
On March 10, 2014 Friedstein posted an Electronic Intifada article on the UMass SJP Facebook page, titled “This Divestment Bill Hurts My Feelings." Friedstein commented: “Another example of demystifying what BDS is and WHY we need to support it."
The article featured a video of anti-Israel poet Remi Kanazi reading his piece “This Divestment Bill Hurts My Feelings," which mocked the distress caused to students by BDS campaigns.
Friedstein promoted and indicated on Facebook that she “went" to a March 7, 2014 Smith College SJP and Smith College JStreet U event, titled: “A Forum on the BDS (Boycott, Divestment and Sanctions) Movement." The event featured anti-Israel professor Sa’ed Atshan and provided “information about the Academic and Cultural Boycott" of Israel.

Friedstein was reportedly a participant on a December 2013 Birthright trip to Israel.
On October 22, 2014 Friedstein wrote an open letter for her former university’s student publication, The Daily Collegian, titled “What’s behind the curtains on Birthright trips?" In her letter, Friedstein undermined the Jewish connection to the Land of Israel, described Israel as “a nation that has disobeyed international law" and declared:“I am not a Zionist. I have no connection to Israel as a Jew."
Friedstein claimed Zionism’s goal was “ethnic cleansing of an indigenous people" and wrote that Birthright is “a false construction created by those who wish to perpetuate racial exclusivity and ethnic cleansing of an indigenous people."
Friedstein admitted her “main objective" of applying for Birthright’s free trip to Israel was “to extend my stay and travel to West Bank, Palestinian land currently under Israeli control and authority."
On October 23, 2014 Friedstein’s article was reposted on the anti-Israel Mondoweiss website.

Friedstein promoted and indicated on Facebook that she “went" to a March 12, 2014 event at Hampshire College titled: “Rethinking Birthright: a Workshop/Discussion on the Politics of Israeli Tourism."

The event description asked: “How does tourism relate to nation-building, imperialism and race? What does it mean to be a political ally to people struggling against Occupation and Apartheid law?" 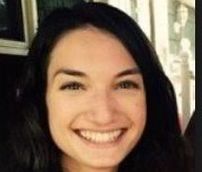