Fatima Vakil was the vice president of internal affairs for Students for Justice in Palestine (SJP) at Ohio State University (OSU) from 2015-2016.

Vakil was also a member of OSU’s Muslim Student’s Association (MSA) and a promoter of the Boycott, Divestment and Sanctions (BDS) movement while a student at OSU in 2015-2016.

SJP at OSU (OSU SJP) was formerly known as Committee for Justice in Palestine (CJP).

Yacoub wrote: “I see you, and I promise you that if you go on this trip without hearing our voices, I will take action. At the first General Assembly of next semester, I will bring forth a resolution for all of your impeachments."

On November 6, 2015, OSU SJP posted an article on Facebook that accused Israel of harvesting organs of Palestinians.

On October 2, 2014, OSU SJP posted a graphic on Facebook that read" “#JSIL." The post linked to an Al Jazeera social media stream post that spread an effort by Twitter users “to rebrand Israel as [Islamic State and the Levant] ISIL, renaming it “The Jewish State of Israel in the Levant."

On September 26, 2014, SJP OSU posted on Facebook a graphic featuring a series of maps that presented lands once controlled by Britain, Egypt and Jordan as autonomous “Palestinian land," purportedly stolen by Israel. SJP OSU also featured these maps as part of their mock “apartheid wall" during Israeli Apartheid Week.

In February of 2016, publisher McGraw-Hill Education recalled and destroyed copies of a college level textbook that contained copies of the fraudulent maps. In October 2015, the United States cable news network MSNBC apologized for airing a similar series of maps and retracted them.

On April 6, 2014, SJP OSU promoted on Facebook their hosting of Birzeit University’s Right to Education tour.

The Right to Education Tour brings Birzeit University students to U.S. campuses, where they claim that Israel is obstructing the rights of Palestinians to higher education. This claim mischaracterizes sweeps Israeli security forces have made to shut down terror cells operating on the Birzeit campus, including cells linked to Hamas.

On April 4, 2016, SJP OSU shared a quote on Facebook from an article demonizing the Birthright Jewish heritage tour. The article claimed that Birthright was “violent" on that “To make Birthright fun and safe means eradicating an Arab populace."

The article also said that “Birthright is the erasure of our right to our homeland, and it promises our homeland to one in four students at this university."

On February 22, 2016, SJP OSU promoted a poster on Facebook that condemned a free trip to Israel awarded to Oscar nominees. The poster declared: “Free Trip To Israel At The Expense of Palestinians" and “#SkiptheTrip, Don’t endorse Israel Apartheid."

OSU SJP supported a divestment resolution presented by OSU Divest to the University Student Government on March 23, 2016. The resolution, which targeted companies the group claimed were "complicit in human rights violations," failed in a secret ballot by 21-9 votes with 15 abstentions. During the pre-vote discussion of the bill, OSU divest members accused Israel of “apartheid" and claimed that presidential election candidates were “paraded to AIPAC to pledge allegiance to a foreign government."

The OSU Divest campaign was launched in late January, 2015. In March of 2015, the group attempted, unsuccessfully, to put a last-minute divestment referendum on the USG election ballot.

On April 6, 2016, OSU SJP joined other groups staging a "sit-in" in front of OSU President Michael Drake’s office, as part of a “#ReclaimOSU" campaign. The campaign accused the university of placing profits over people" and demanded “complete, comprehensive and detailed access to the Ohio State budget and investments immediately, as well as personnel to aid students in understanding this information."

Following repeated discussions and warnings, the university released a statement declaring the groups’ occupation of the premises after business hours illegal. Police were called in to prevent access to the building past closing time.

On September 23, 2015, SJP OSU promoted an event on Facebook titled “#AlAqsaUnderAttack: The Treatment of Sacred Palestinian Places of Worship Under the Occupation." The event description claimed that there have been “attacks of Masjid Al-Aqsa, the third-holiest site in the Islamic faith, by the Israeli Defense Forces."

October 2015 saw an upsurge in violence across Israel incited by Palestinian political and religious leaders. The wave of stabbings, known as the “Knife Intifada," saw young Palestinians throughout the country stabbing and attempting to stab scores of Israeli civilians.

The attacks were fueled by Palestinian leaders propagating the libel that Israel intended to desecrate the Al-Aqsa Mosque in Jerusalem. The allegation that Jews “threaten" to destroy the Al-Aqsa Mosque has been a traditional pretext for Arab attacks against Jews long before the existence of the modern Jewish state.

On November 3, 2014, SJP OSU promoted on Facebook and co-sponsored a “Hands Off Al Aqsa!" event. The event description said: “When will we stop rallying? When Palestine is FREE! Religious freedom is under attack! As humans, we cannot stand around and watch as Palestinians are robbed of their religious freedom."

On September 26, 2014, OSU SJP posted on Facebook a graphic featuring a series of maps that presented lands once controlled by Britain, Egypt and Jordan as autonomous “Palestinian land," purportedly stolen by Israel. OSU SJP also featured these maps as part of their mock “apartheid wall" during Israeli Apartheid Week.

In February of 2016, publisher McGraw-Hill Education recalled and destroyed copies of a college level textbook that contained copies of the fraudulent maps. In October 2015, the United States cable news network MSNBC apologized for airing a similar series of maps and retracted them.

In November of 2014, the group OSU SJP promoted a solidarity rally for Rasmea Odeh.

On July 27, 2014, OSU SJP posted an article about Dr. Mads Gilbert having been banned indefinitely from entering Gaza via Israel due to his connections to the Hamas leadership. The article was misleadingly headlined "Israel Shuts Dr. Mads Gilbert from Gaza for Life" and called Gilbert “Norway’s doctor of peace for Gaza."

In 2008, 2009 and 2012 Gilbert — whose anti-Israel allegations are popular with white supremacists — was stationed at a hospital that doubled as a Hamas rocket launching site. During that time, Gilbert acted as a propagandist for the Hamas government in Gaza.

In December of 2009, Gilbert was accused of faking resuscitation on a dead child in Gaza for dramatic effect on a CNN video.

On April 6, 2014, OSU SJP promoted on Facebook their hosting of Ramallah-based Birzeit University’s Right to Education tour. The tour claims that Israel is obstructing the rights of Palestinians to higher education. Their claims are based largely on sweeps Israeli security forces have taken to shut down terror cells operating from Birzeit’s campus.

In September of 2014, pro-Palestinian Haaretz reporter Amira Hass was thrown off of Birzeit’s campus — for being Jewish. 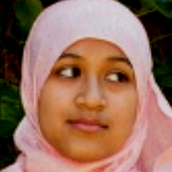