Ethan Fraenkel has promoted the #returnthebirthright initiative, launched by the anti-Israel Jewish Voice for Peace (JVP) organization against the Birthright Jewish heritage tour (Birthright).
In April 2018, Fraenkel was reportedly the treasurer of the JVP chapter at New York University (NYU), where he has demonized [00:00:04] Israel at a Jewish campus event.
On October 16, 2018, Fraenkel was filmed screaming and disrupting a speech by former U.S. Secretary of State, Henry Kissinger, at the NYU Stern School of Business.
According to his Instagram profile in October of 2018, Fraenkel was slated to graduate NYU in 2021.

On April 16, 2018, Fraenkel participated in a Return the Birthright protest outside the Taglit Birthright Gala in New York City.

In an interview with the Washington Square News about the protest, Fraenkel claimed that “young people are kind of indoctrinated into accepting Zionism, into promoting Israel and not recognizing the crimes."

He also alleged that “that a lot of the cities people go to were originally on the site of destroyed Palestinian villages that were destroyed by Israel and ethnically cleansing [sic]."

On December 3, 2017, Fraenkel participated in a Return the Birthright protest outside the Taglit-Birthright offices in New York City. Fraenkel took the microphone at the event [1:17:26] and spoke to the crowd about returning his Birthright trip. He told the crowd: “I’m going to put this ticket in the box for all the Palestinians here who can’t return home."

JVP members from across the United States assembled to chant anti-Birthright slogans outside the Birthright offices.

In an October 24, 2017 article titled “The Opposition to Birthright at NYU, Explained," Fraenkel demonized Birthright.
Fraenkel condemned Birthright for its Jewish focus, stating: “Birthright is deceptive. It’s not for any students and specifically targets young Jews. Though marketed as an apolitical organization, it leaves out the reality of Palestinian refugees."
On October 12, 2017, NYU JVP featured Fraenkel in a photo on their Facebook page to promote JVP’s #returnthebirthright campaign.

Fraenkel held a sign that read: “I #ReturnTheBirthright because EVERYONE deserves to go home."

The photo was also shared by the Return the Birthright Facebook page with the caption: “#RETURN #THE #BIRTHRIGHT: We, NYU JVP, pledge that we will not go on Birthright because it is fundamentally unjust that we are given a free trip to Israel, while Palestinian refugees are barred from returning to their homes.
We refuse to be complicit in a propaganda trip that whitewashes the systemic racism and daily violence faced by Palestinians living under endless occupation.
Our Judaism is grounded in values of solidarity and liberation, not occupation and apartheid. On these grounds, we return the Birthright, and call on other young Jews to do the same."

Fraenkel claimed [00:00:55]: “Palestinians were systematically and regularly stripped of their land, economy and fundamental human rights."

On January 6, 2018, Fraenkel posted a status on Facebook denouncing Israel for several reasons, including blacklisting supporters of BDS.
Fraenkel continued, “The fact of the matter is that Israel is a deeply racist and reactionary state. But the insidious nature of racism is that it doesn't only harm the Other, its poison will always manage to seep back into the society from which it originated."
He concluded, “I think it's a farce to call Israel a Jewish and democratic state. It's clear that Israel will do everything in its power to demonize and marginalize dissent, Jews of color, and of course Palestinians." 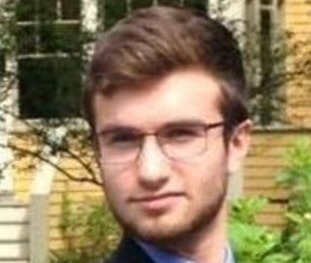