Emma Davis is a junior at Vassar College (Vassar), majoring in Political Science. She is also a Democracy Fellow at Mayday Pac.

In 2014, Davis was elected Vice President of her sophomore class at Vassar and was an elected class representative in 2013. She is the committee chair of the Political Science Department at Vassar. On February 12, 2016, Davis changed her Facebook profile picture to declare support for the Boycott Divestment and Sanctions (BDS) movement, and to indicate solidarity with Students for Justice in Palestine (SJP) at Vassar (SJP Vassar) and Jewish Voice for Peace (JVP) at Vassar (JVP Vassar).

JNF was founded in 1901 to buy land in Ottoman Empire-controlled Palestine for Jewish resettlement and to plant forests. JNF now works with the the governments of Egypt and Jordan to find solutions to the problems shared by arid and semi-arid countries around the world and advance strategies for sustainable development of desert regions. Since 2009, JNF has been helping the Palestinian Authority plan public parks and other civic amenities for the Palestinian city of Rawabi, north of Ramallah. Due to JNF, the amount of recycled water in Israel is now more than 85%.

In February 2016, SJP Vassar announced that they would be selling "sweet fucking antiZionist gear" at their future events, such as a T-shirt featuring gun-toting terrorist Leila Khaled.

Khaled was a leading member of the Popular Front for the Liberation of Palestine (PFLP) and participated in the hijacking of TWA Flight 840 in 1969 and El Al Flight 219 in 1970.

In a 2014 interview, Khaled opined that the Palestinian second intifada failed because it was not violent enough.

SJP Vassar also advertised the sale of “Existence is Resistance" T-shirts, which include various designs featuring the words “Straight Outta F**k Israel" a picture of a masked gunman, as well as the Leila Khaled T-shirt.

On October 6, 2015, SJP Vassar whitewashed Palestinian terrorist Fadi Aloon as a civilian who was shot while “run[ning] from a racist mob."

Fadi Aloon was shot by Israeli security forces after he stabbed a 15-year-old Israeli boy. Several hours before the attack, Aloon posted “Either martyrdom or victory" on his Facebook page.

In February 2016, SJP Vassar’s Facebook page said that the group sought a “full decolonization of Palestinian lands," a call to dismantle the state of Israel.

On October 21, 2013, SJP Vassar posted an article on Facebook alleging that Israel was carrying out a campaign to destroy the Al-Aqsa Mosque.

The allegation that Jews “threaten" to destroy the Al-Aqsa Mosque has been a traditional pretext for Arab attacks on Jews long before the existence of the modern Jewish state.

Such propaganda served as the excuse for an upsurge in Palestinian violence that flared in the fall of 2015 and incited Palestinians to attempt mass casualty attacks on Israeli civilians in July 2016.

In May 2014, SJP Vassar was forced to issue an apology for posting a Nazi-style, anti-Semitic cartoon on its Tumblr account. Vassar’s President, Catharine Hill, announced a review of SJP Vassar’s status as a student group, and said that Vassar would probe use of the image “as a bias incident under college regulations."

In late February 2014, SJP Vassar staged a protest against a proposed class trip to Israel, outside the classroom of the professor leading the trip. The belligerent behavior of the SJP Vassar members left the professor and her students feeling harassed and intimidated.

On March 3, 2014, Vassar held an open forum to discuss the “ethics" of the class trip to Israel. SJP Vassar members turned out to picket the event. Reports from attendees were that “Jewish kids who spoke were heckled" and drowned out with a finger snapping noise and loudly laughed at" and that “rage against Israel was the theme."

In February 2014, SJP Vassar shared a video called “This Divestment Hurts my Feelings."

On March 4, 2014, SJP Vassar mocked pro-Israel students on Facebook who felt “attacked" and “vulnerable" after receiving fake eviction notices in their dorm rooms.

In April 2014, the group posted on Facebook a cartoon ridiculing pro-Israel college students for feeling attacked and unsafe.

On February 1, 2016 JVP Vassar and SJP Vassar partnered to form the Vassar Boycott, Divestment, Sanctions (VBDS) Coalition, which sought to pass a resolution that would be considered by the Vassar Student Association (VSA) on March 6, 2016.

The resolution, which was co-authored by Rosen, demanded that Vassar “boycott and divest from the main colonizing force in Israel/Palestine, Zionism." The resolution also aimed to prohibit using student funds to purchase goods from 11 companies that had ties to Israel, such as Ben & Jerry’s and Sabra Hummus.

VBDS organized over a month and a half of anti-Israel events, culminating in Israeli Apartheid Week (IAW), to advocate for the divestment resolution’s passage.

Israel Apartheid Week (IAW) is presented as “an international series of events that seek to raise awareness of Israel’s settler-colonial project and apartheid system over the Palestinian people" and build support for the Boycott, Divestment, Sanctions (BDS) movement. IAW has been re-named Palestine Awareness Week.

Puar began her speech by calling for armed struggle against Israel. She went on to demonize Israel, suggesting that Israelis harvest the organs of dead Palestinians. Puar also claimed that Israel was maiming and “stunting" Palestinians via food restrictions.

Puar also opined that the reason Israeli Jews have not killed Palestinians is “[t]hey need the Palestinians alive in order to keep the kind of rationalization for their victimhood and their militarized economy."

In March 2015, JVP Vassar and SJP Vassar co-sponsored an event featuring Dr. Sa'ed Atshan, speaking on “resistance in Palestine." Atshan, a leading proponent of BDS, wants the Jewish state to be dissolved in favor of another democratic state, but stripped of its Jewish majority.

According to the site, anybody that visits Israel on Birthright is “willfully taking advantage of [his or her] racial privilege" and “complicit in sustaining the occupation."

On November 17, 2015 JVP Vassar shared an article on Facebook titled “The way for Americans to take on the Islamic state is to end support for Jewish nationalism." commenting “We are Jewish, we stand against the oppressive Israeli state, and we will not be ignored."

JVP Vassar was created in October 2014. JVP Vassar frequently partners with members of Students for Justice in Palestine at Vassar (SJP Vassar) to host anti-Israel speakers and events. 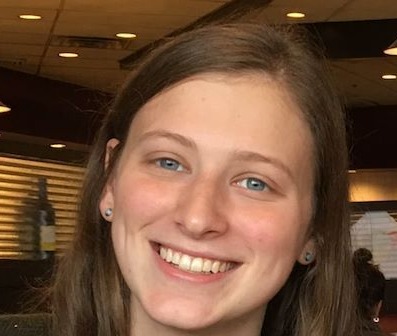