Dina Turpin promoted the #returnthebirthright initiative launched by Jewish Voice for Peace (JVP) against the Birthright Jewish heritage tour.
Turpin is a member of IfNotNow (INN) — an organization that uses disruptive tactics to drive a wedge between American Jewry and Israel.

As of September 2017, Turpin is a student at Haverford College (Haverford) slated to graduate in 2018. According to Turpin’s LinkedIn page, she is majoring in History and works as a student assistant at Haverford’s Office of Institutional Advancement.

Turpin posted: “I've pledged to #ReturnTheBirthright. If you are eligible to participate in Birthright, I would urge you to think about the implications of participating. Anyone who would like to talk more about that choice or this campaign is free to reach out to me!" 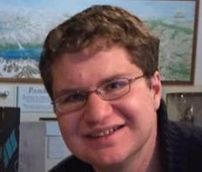