Darlene Wallach is a Boycott, Divestment, Sanctions (BDS) movement campaigner. She leads a weekly anti-Israel protest in San Jose, California, on behalf of the South Bay Moblization (SBM) — an anti-war organization, which opposes the War on Terrorism.

Wallach was arrested and deported from Israel for acting as an ISM "human shield" in Judea and Samaria to disrupt IDF anti-terror activity in the West Bank. Her sister, Donna Wallach, was also deported.

Wallach advocates for the elimination of Israel. On November 23, 2015, Wallach shared on Google+ a photo captioned "ONE STATE SOLUTION: ISRAEL OUT OF PALESTINE."

Wallach is a software engineer from San Jose, California. Wallach is also a board member of the Luther Burbank School District.

On November 25, 2015 Wallach shared on Google+ an image approving the notion that "The U.S. Military is the World’s Most Dangerous Terrorist Organization."

On November 19, 2015, Wallach identified the U.S. with the Islamic State (ISIS), posting that the Paris terror attacks on November 13, 2015 were a "false flag" operation orchestrated by the U.S., Israel, Turkey, and the Gulf States.

On November 18, 2015 Wallach posted on Google+ that Israel uses Palestinians to test their latest weapons.

On February 3, 2015 Wallach posted that 98% of Jews have no connection to Israel and are descendants of "Khazarian people."

On January 25, 2016 Wallach posted a photo of Israeli Prime Minister Benjamin Netanyahu with the hateful and fraudulent caption "I DON’T ALWAYS SEND MY TROOPS TO RAPE AND KILL ARAB CHILDREN - BUT WHEN I DO AMERICAN TAXPAYERS FUND IT."

In 2003 — during the second intifada— Wallach supported murderous Palestinian violence against Israelis. Wallach slurred Israel with anti-Semitic libels, saying: "I don't see how Israel is any different to Nazism during World War II."

Wallach also said: "There is nothing that the Palestinians do that in my regard I can condemn. I cannot condemn suicide bombings."

She went on to fraudulently insist that: "what emanates from the Palestinians is just kindness and generosity and not anger."

Khaled is a leader of the Popular Front for the Liberation of Palestine (PFLP) and participated in the hijacking of TWA Flight 840 in 1969 and El Al Flight 219 in 1970. As of 2017, Khaled was a member of PFLP's Political Bureau. In 2014, Khaled said that the second intifada failed because it was not violent enough.

On January 29, 2016 Wallach posted an article objecting to the imprisonment of 5 Palestinian teenagers who confessed to a rock-throwing attack which killed 4-year-old Adele Bitton.

On January 27, 2016 Wallach is a posted on Google+ her support for terrorist-murderer Rasmea Odeh.

On January 29, 2016 Wallach posted a photo of the Palestinian flag superimposed over a map of Israel with the caption that equated Israel with ISIS, reading: "This is Palestine not isisrael boycott isisrael goods#BDS."

In 2014, Wallach also endorsed a boycott of the Israeli Cinema and TV Studies Conference at Tel Aviv University.

Since its founding in 2002, SBM has conducted weekly anti-Israel protests and events.

On June 20, 2009 SBM organized a “de-shelving" event at a Trader Joe's grocery store. SBM members removed Israeli products from grocery shelves “to show customers which products they should not buy" and demanded that the store management order Trader Joe’s headquarters to cease carrying Israeli herbs, couscous and cheese.

The Free Gaza Movement (FGM)’s stated mission is "break the Israel’s illegal siege on Gaza’s 1.8 million civilians" through “direct action," although the U.N.’s Palmer Commission Report ruled the blockade both legal and appropriate. The group raises funds to send flotillas to Gaza, and has sent five flotillas since 2008.

In August 2008, Wallach traveled to Gaza on a flotilla organized by FGM as an ISM volunteer. Wallach’s sister Darlene was arrested and deported from Gaza in November 2008. While she was detained Darlene Wallach went on a hunger strike before she was deported.

In 2010, FGM organized the Mavi Marmara flotilla. A 2011 United Nations’ report officially found that the flotilla activists, in an organized manner, armed with weapons, including firearms initiated a violent confrontation with Israeli forces. Following, the incident there was no humanitarian aid found onboard the ship, only crude weaponry. 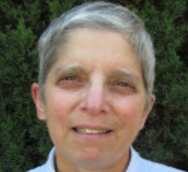