Dana Al Farhan, along with Lena Mekdad, is a co-founder of Students for Justice in Palestine (SJP) at UAB (SJP UAB). She was also their contact person.

Al Farhan was also a member of the Muslim Students Association (MSA) at UAB (MSA UAB).

Al Farhan is a supporter of the Boycott Divestment Sanctions (BDS) movement.

Al Farhan is graduate student at the School of Oriental and African Studies (SOAS), University of London, majoring in Political Economy.

Al Farhan is a 2014 graduate of the University of Alabama at Birmingham (UAB), where she majored in International Studies.

On February 21, 2012, Al Farhan tweeted — "#KhaderAdnan is one of 300+ Palestinians held in administrative detention, a Colonial form of detention still used by Israel."

Accusing Israel of Racism and Apartheid

On May 8, 2012, Al Farhan falsely accused Israel of practicing "apartheid." She tweeted “Israel knows no race or colour... It's apartheid system is imposed on EVERYONE except if ur Jewish or White, then maybe ur human #AJStream."

On April 26 2012, Al Farhan tweeted — "Today, the apartheid ‘state’ of Israel is celebrating its 64th year of occupying #Palestine & expanding on Palestinian blood and land."

Accusing Jews of Stealing Their Own Historical Treasures

On August 17, 2012, Al Farhan tweeted her followers a link to an article that claimed — falsely — that Iraqi Jews colluded with Israel and America after the fall of Saddam Hussein to rob Iraq of a Jewish archive containing thousands of Jewish manuscripts.

On October 30, 2011 Al Farhan tweeted — "#Thatawkwardmoment when I have to nicely deal with a zionist... #nightmare #idontwannaatalktoher."

On September 20, 2011, Al Farhan tweeted — "from the river to the sea #Palestine." The slogan is a summary of a statement by Hamas leader Khaled Mashaal, who said that — “Palestine, from the (Jordan) river to the (Mediterranean) sea, from its north to its south, is our land, our right and our homeland…It belongs to the Arab and Islamic world. Palestine belongs to us and nobody else." Mashaal and others employ the phrase to call for the elimination of Israel.

On March 12, 2013, Al Farhan joined SJP UAB members installing a mock apartheid wall on campus, as part of Israeli Apartheid Week. The display misrepresented the purpose of Israel’s security fence that was built as a deterrent to terrorist attacks and suicide bombers.

On November 16, 2012, Al Farhan attended an SJP UAB-organized balloon-releasing event, to mark four years of SJP’s opposition to Israel’s Operation Cast Lead (OCL) in 2008-9. The event description fraudulently described OCL as an "offensive against civilians." The event featured a banner that falsely labeled the operation a “massacre" and referred misleadingly to Israel’s legal weapons blockade of Hamas as a “siege."

The SJP UAB’s event description for its demonstration labeled OPD an "offensive against civilians." Israel initiated OPD to target Hamas in Gaza in response to the launch of rockets at Israeli cities in southern Israel from Gaza, during.

On August 18, 2011, Al Farhan falsely described an Israeli airstrike on armed members of the Gazan "Popular Resistance Committees" as a “Ramadan Massacre." She tweeted — “@muacaiik: Another Ramadan Massacre. - Keep Palestine in your prayers.’ #Gaza." Al Farhan omitted that the strike was launched against a squad of terrorists after militants had fired upon an Israeli civilian bus killing two, then detonated a bomb next to an Israeli army border patrol.

The comment served to whitewash the crimes of many convicted murderers and misrepresent them as suffering victims.

SJP UAB’s post listed several of the hunger strikers such as Tha'er Halahleh and Bilal Diab — both members of Palestinian Islamic Jihad (PIJ).

PIJ is "dedicated to the violent destruction of Israel." Islamic Jihad has no ‘political wing’ or ‘social wing’, just a ‘military wing’ that focuses solely on promoting terrorism and the murder of Israelis. It is reported that PIJ is backed by Iran and has killed dozens of Israelis in suicide bombings and other attacks.

Also among the 2000 Palestinian hunger strikers the SJP UAB post mentioned was Khader Adnan, another senior member of PIJ.

Adnan was also been arrested numerous times by the Palestinian Authority — once for encouraging students to hurl stones at a visiting French Prime Minister, Lionel Jospin. Israel also arrested Adnan for “activities that threaten regional security."

SJP UAB’s list also included the Hamas military commander, Abdullah al-Barghouti — who was sentenced to serve 67 life sentences for his significant role in multiple terrorist attacks, including the Sbarro Cafe Bombing of 2001. That suicide bomb attack— of a downtown Jerusalem cafe targeted specifically for its clientele of religious Jews — murdered 16 people, including 8 children and a pregnant woman — and wounded more than 120.

SJP UAB also urged support for Mohammad Al-Taj — a member of the Palestine Liberation Front (PLF), who was detained in 2003 and sentenced to 15 years in prison. In 2013, Al Taj was pardoned on humanitarian grounds, by then--Israeli President Shimon Peres in consultation with Justice Minister Livni security services, due to concerns over Al-Taj’s failing health.

Another hunger striker was Palestinian terrorist, Samer Issawi — who received a 26 year prison sentence for shooting at Hebrew University students and Israeli police in 2002. 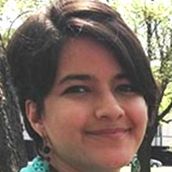