Alexander James is the Officer of Internal Affairs for Students for Justice in Palestine (SJP) at San Diego State University (SDSU).

James is active in his university's BDS efforts. He has featured in SJP SDSU YouTube videos urging his fellow students to economically divest from Israel.

James is a student at SDSU majoring in Political Science.

In 2015, SDSU was named as one of the ten United States universities with the most anti-Semitic activity, much of this stemming from SJP SDSU’s campus activity.

A week after a 2014 "die-in," SJP SDSU dropped approximately 500 leaflets from the top of the student hall ordering students to evacuate immediately and warning that “Those who fail to comply with the instructions will endanger their lives and the lives of their families." Several police officers and members of the campus administration were present at the time of their disruption, which was considered by university officials as a violation of the student code of conduct.

In September 2013, SJP SDSU joined in support of a lecturer who used a map depicting Arabic-speaking countries that left Israel unnamed and labeled the area as Palestine. Their involvement followed an outcry from pro-Israel groups that the map was misleading and against Israel. As a show of endorsement for continuing revisionist anti-Israel positions in the classroom, SJP members drafted a resolution intended to reaffirm support for academic freedom at SDSU. The resolution was voted on by the Associated Students University Council and rejected. 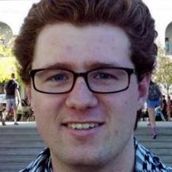