AlaEldean Elmunaier has spread hatred of Israel on social media and is a supporter of the Boycott, Divestment, Sanctions (BDS) movement.

Elmunaier was a member of Students for Justice in Palestine (SJP) at the University of South Florida (USF).

Nakba is generally translated as “catastrophe" in Arabic, referring to the outcome of the 1948 Arab-Israeli War. It is a term often used to delegitimize the creation of the State of Israel by defining it as a catastrophe.

The “right of return" is a Palestinian demand discredited as a means to eliminate Israel. International law mandates no absolute right of return and UN Resolution 194, which defined principles for “refugees wishing to return to their homes," was unanimously rejected by Arab nations following the 1948 Arab-Israeli War.

On December 21, 2015, Elmunaier shared a Facebook video produced by Al-Jazeera, suggesting that Israel’s security barrier is an “apartheid" wall.
The video’s presenter, Dena Takruri, characterized [00:00:07] Israel’s security fence — 97% of which is a low chain link barrier — as an 8 meter-high wall running 280 miles. Takuri also insinuated [00:00:12] that a non-binding advisory opinion on the security fence issued by the International Court of Justice is binding international law.

On May 15, 2015, Elmunaier shared on Facebook a photo of someone holding a sign that said: “Al Nakba 67 Years of Israeli Ethnic Cleansing."

On April 5, 2015, Elmunaier shared a video on Facebook showing an Israeli Jew. The Facebook post featuring the video had the caption: “Have you ever seen such a filthy bastard creature? These are the Zionist Joos."

On April 3, 2015, Elmunaier wrote on Facebook that “Palestinian Christians face discrimination by the racist Israeli government."

On March 21, 2015, Elmunaier wrote on Facebook in support of a BDS campaign by SJP USF, where he wrote that USF students “want the USF Foundation to divest from Israeli Apartheid."

Ilan Pappé is an international leader within the BDS movement, who was discredited as “one of the world’s sloppiest historians; at worst, one of the most dishonest," by fellow Israeli historian Benny Morris.

The resolution called on USF to “stop investing in corporations that are continuously and knowingly complicit in severe human rights violations."

It also claimed that the “Israeli occupation of Palestine is affecting every aspect of the Palestinian people’s lives: demolishing their homes, depriving them of land and water, and restricting their livelihoods to small areas of land behind a massive and illegal separation wall."

On January 26, 2016, Elmunaier posted on Facebook the text of a BDS resolution being discussed in the USF student government.

On July 30, 2014, SJP USF posted an image to Facebook showing Adolf Hitler performing a Nazi salute with text reading: “WE ARE THE MASTER RACE," next to an image of Israeli Prime Minister Benjamin Netanyahu with his hand raised and text reading: “WE ARE GOD’S CHOSEN PEOPLE." SJP USF commented: “Justifications."

On November 18, 2013, SJP USF reportedly hosted and sponsored a game show “about Palestinian culture, geography and history" modeled on the TV show, "Jeopardy!"

One question asked students to name the “type of poisons that Israeli settlers put in Palestinian water supplies to make them undrinkable," a modern variation of an ancient blood libel. Another question suggested that Israel has been “snatching" Palestinian children from their beds.

As of August 2019, an SJP USF Facebook post from February 14, 2015, remained on the group’s Facebook page. The original SJP USF shared an article and quoted the story’s headline: “Israeli authorities usually open the floodgates to their dams in the direction of the Gaza Strip - without prior notice - in order to discharge the enormous quantities of water that had accumulated due to the heavy rains in the region. #Gaza."

Less than two weeks later, Al Jazeera retracted a similar story, noting: “In southern Israel, there are no dams of the type which can be opened."

On February 25, 2016, SJP USF members reportedly joined with other BDS supporters to disrupt a talk at USF given by two Israeli Defense Forces (IDF) soldiers. One of the protesters called the soldiers “murderers and child killers" and was eventually was escorted out by police.

On September 5, 2014, SJP USF held an event titled: “The Hidden Genocide: The Story of Palestine." The Facebook event page referred to Israel’s Operation Protective Edge (OPE) against Hamas earlier that year as a “summer of atrocious massacres."

One of the speakers at the event was Hamas supporter Sheikh Monzer Taleb, who was an unindicted co-conspirator in the Holy Land Foundation for Relief and Development (HLF) terrorism finance trial. Taleb was not brought to trial.

However, five other defendants were brought to trial and were indicted for funneling funds to Hamas. These five, known as the Holy Land Five (HL5), were convicted and sentenced in 2009 to federal prison terms from 15 to 65 years.

On February 10, 2014, SJP USF posted a video to Vimeo promoting its “Divest 2014" campaign. The video claimed that USF invested in companies that made “fighter jets and rockets that the IDF uses against civilians in the Gaza strip."

On May 28, 2014, the USF Foundation, which manages USF investments from donor contributions, reportedly rejected an SJP USF petition calling on the school to divest from multiple companies doing business with Israel.

On January 20, 2016, the USF Oracle, USF’s student newspaper, reported that a BDS resolution passed in the student government, as a result of SJP USF’s BDS campaigning the previous two years.

On January 27, 2016, the USF Oracle reported that the USF student government president and vice president both vetoed the resolution.

On February 4, 2016, the USF Oracle reported that a second BDS resolution was submitted by USF student senator and member of SJP USF Hala Alkattan. That resolution was identical to the previous one which was supported by SJP USF but was categorized differently so that the USF student government president and vice president could not veto it.

On February 11, 2016, the USF Oracle reported that the second BDS resolution was struck down by the USF student government supreme court since it violated the USF Constitution’s equal protection clause. The USF Oracle reported that the university’s supreme court found that “the resolution violated the racial and national origin elements of the clause by specifically targeting companies that have business in Israel." 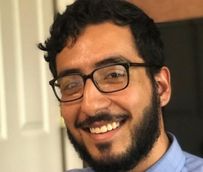