Alaeddin is a supporter of the Boycott, Divestment and Sanctions (BDS) movement, presenting it as the Palestinians’ only alternative to anti-Israel terrorism.

As of July 2015, Alaeddin’s LinkedIn page said he was the founder at Unpink in Washington from “May 2019 - Present."

On August 22, 2016 — the day Gaza militants rocketed a city in southern Israel — Alaeddin tweeted: “Israel has no interest in peace but every last piece of Palestine. Without the Palestinian resistance there would be no more Palestine."
On January 8, 2017 — the day of a deadly Palestinian truck-ramming attack in Jerusalem — Alaeddin tweeted: “By definition, Israel is a terrorist state. Palestinians are an occupied indigenous people. Resistance to occupation is not terrorism."

On July 30, 2014 — during Operation Protective Edge — Alaeddin tweeted: “#Israel #GenocideinGaza." The tweet featured a photo of Adolf Hitler saluting, with the caption “We are the Master Race," in front of Jews in concentration camps, above a photo of Prime Minister Benyamin Netanyahu, saying “We are the Chosen people."

On March 24, 2017, Alaeddin tweeted: “If appealing to the humanity of Zionists was an effective tactic, it would have already worked. We are subhuman to them."
On June 20, 2016, in response to a tweet that read: “what do want for your Palestinian fellows then, why don’t you try living happily ever after with Israelis side by side then? Alaeddin tweeted: “.@b2Lkl but that's exactly it! We want to live side by side with our allies. Everyone that's not a Zionist is welcome in Palestine."
On June 10, 2016, Alaeddin tweeted: “My one deal breaker: Zionism." Alaeddin continued: “I can date a meat eater, I can date a conservative (difficult), but I can't date a Zionist."
On May 25, 2016, tweeted: “Supporting Zionism makes you a bigot, it's as simple as that." Alaeddin added: “There are many roads to bigotry, Zionism is one of the fastest."
On May 21, 2016, Alaeddin tweeted: “F**k the @IDFSpokesperson." Alaeddin added: “And the entire Zionist population."
On March 19, 2016, in response to a tweet by Canadian Prime Minister, Justin Trudeau, that read: “The BDS movement, like Israeli Apartheid Week, has no place on Canadian campuses. As a @McGillU alum, I’m disappointed. #EnoughIsEnough." Alaeddin tweeted: “I told you. Dude's a Zionist prick. Call me when a leader has principles they stick to."
On September 29, 2014, Alaeddin tweeted: “@adffla he's a Zionist pig. :(“

On June 22, 2016, Alaeddin tweeted: “Tell me again what argument the Zionists have when the father of Israel himself admitted occupation." The tweet included fabricated, partial, distorted and decontextualized quotes — attributed to Israeli and Zionist leaders.
On September 28, 2015, Alaeddin tweeted: “Fifteen years ago, Mohammad Durrah was murdered by the Zionist IDF while he was trying to protect his son." Alaeddin added: “The shooting was indiscriminate towards unarmed civilians. This is Israel. A terrorist 'country' discriminating and murdering Palestinians."

The Al-Durah hoax is an iconic piece of anti-Israel propaganda, fabricated on September 30, 2000 at the start of the Second Intifada by a France 2 reporter.

On July 14, 2014, Alaeddin tweeted: “A basic history of the conflict between the Israelis and Palestinians Israel and Palestine, an animated introduction." The tweet linked to a misleading video — produced by Jewish Voice for Peace (JVP) — that accused Israel of “Institutionalized discrimination" against non-Jews.
The video also claimed that Israeli Arabs are second class citizens of Israel and misrepresented Israeli security policies as discriminatory and unjust.
The film portrayed Israel as an aggressive, oppressive force that can be influenced only through pressure. Further, the film rejected peace talks as a “theater to cover a land grab." The film ended with a deceptive call for people to join the BDS movement — disguising the movement’s anti-Semitic core and its ultimate goal of destroying Israel. 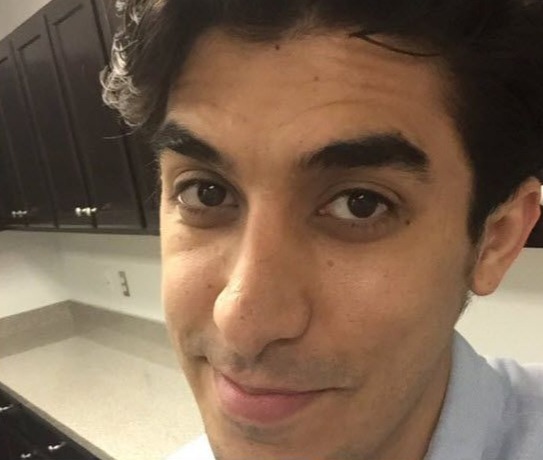